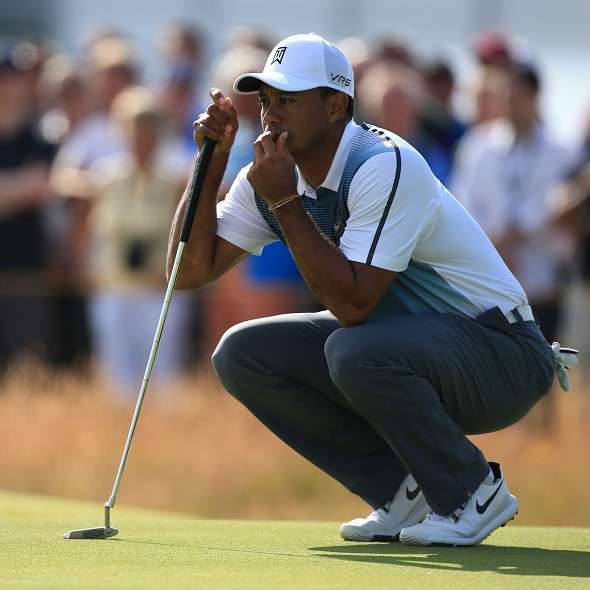 This morning marked the start of the 143rd British Open in Hoylake, England, where Englishman David Howell had the honor of hitting the opening shot at 6:30 in the morning. Apart from Tiger Woods, Angel Cabrera and Henrik Stenson (world number 2) there will be 155 players out on the course today.

Trying to tail the early leader, Rory McIlroy, Tiger Woods opened his day with some decent irons that got him three strokes behind McIlroy. This in itself is not breathtaking, but the fact that Woods hasn’t been showing any signs of ill effects after his back surgery is surely worth rejoicing over (earlier this year, the same back surgery had caused him to miss two major championships).

According to him, the warm up session was exactly as it should have been and in spite of his not-so-perfect start, Woods is feeling confident. During his interviews he stated that these stages also help him build the confidence he needs to keep moving forward. Moreover, the golfer feels stronger and faster than he did while playing the Congressional and this must only mean that we will be seeing the Tiger Woods we all know and love.

His start was not perfect- some consecutive bogeys as well as a three-putt on his second hole, a fail to birdie the par-5 10 and another bogey at the 14th. At the par 17th, however, it seemed that Tiger was trying to finish strongly as he hit a great second shot at the par 4. And he did indeed manage to finish on -3 which is astonishing for a man who only four months ago was on the operating table.

Woods says that such a start isn’t enough to bring his morale down as he has already dealt with such situations in previous tournaments. The key is to stay focused and concentrate on each individual shot, he says. And although one would expect a veteran like Woods to be nervous because of his performance, he wasn’t at all perturbed. In fact, when he was asked if playing felt like the old days, he simply answered that those old days weren’t that long ago and that he had already won five times last year.

Apart from Woods’ bogeys, there were other interesting moments during today’s plays: Henrik Stenson had a funny knee snapping moment, Ernier Els was living another bad moment while missing another short one on par the four and Martin Kaymer was hitting double bogeys for our personal amusement.