You are here: Home / Sports / Brassard Agrees with Blueshirts to $25 Million Contract Extension 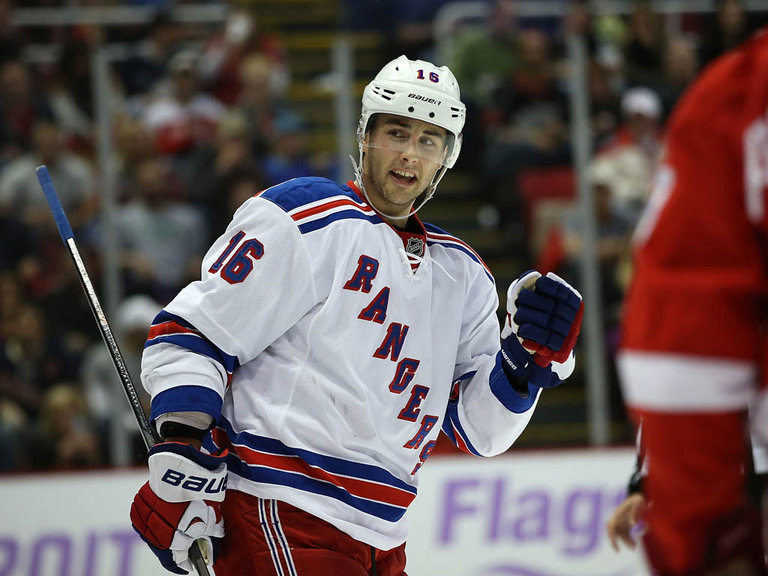 Derick Brassard will apparently remain a Ranger for a long time, as the 26 year-old French-Canadian center agreed with the Blueshirts on Sunday to a five-year, $25 million contract extension that includes a limited no-trade clause, according to a source.

The Rangers reportedly have one more restricted free agent left to re-sign, defenseman John Moore. In addition to re-signing Moore, the Rangers would like to work out an extension with Marc Staal, who is entering the final season of a five-year, $19.875 million contract.

Nevertheless Brassard definitely had one of his best seasons as an NHL player this past season, with 81 games played, 18 goals a total of 45 points (18 goals, 27 assists) and being on part of the team’s most important lines. So it was likely to be counted on quite a bit more in 2014-15 after the team’s summer of turnover at the center position.

This contract actually helps out both sides. With the cap anticipated to increase every year, giving $5 million to a player who is entering his prime and adding up a good amount of points on a bottom six line is a very good deal. Therefore Brassard becomes the Rangers’ second-best center behind Derek Stepan.

The Rangers have got approximately $67.7 million for 22 players under the $69 million salary cap. It’s a very difficult offseason for GM Glen Sather, re-signing their most important pieces and adding some cheap role players as well.

Back on July 17 rumor had it that Brassard really wanted $5.5 million while former restricted free agent Mats Zuccarello asked for $4.5 million. Zuccarello already settled for $3.5 million and avoided arbitration.

“It’s great to see friends and spend time with family in the summer, but after the run we had, I just feel like I want to play again. I want to do this again. (…) I tried to get away from the game a little bit, but now I’m back in the gym trying to get stronger and faster,” Brassard said on Thursday. “Just this week I was thinking about how excited I am about going back to New York and playing again.

Apparently Brassard, who turns 27 on Sept. 22, would have received a one-year contract at a Monday arbitration hearing in Toronto, had he not signed prior, but that also would have left him eligible to hit unrestricted free agency next summer.