General Motors has been going through a rough patch in the past year. It has reached a total of 60 recalls for over 29 million vehicles around the world. On Wednesday, the company announced another series of recalls, which expands beyond the ignition switch defects which have been causing problems since the start of the year. 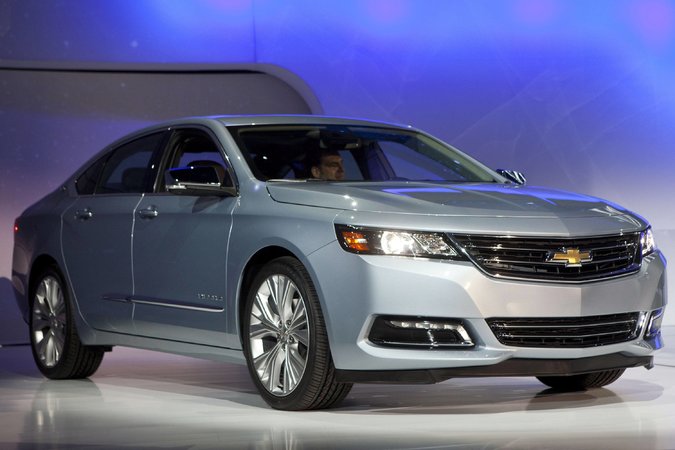 This time around it will be recalling over 822.000 cars from all over the world, for various issues such as seats, air bags, parts, turn signals, power steering etc. This news is extremely distressing for the company, and it seems that G.M. is becoming completely engulfed by its safety crisis (which was set off by the defective ignition switches from older models that have been linked to at least 13 deaths).

The surprising news is that some of the cars, which have been already recalled in the past, are being recalled again for other problems. One of the recalled models is the Chevrolet Impala. It was discovered, in February, that it has a defective transmission shift cable adjuster. This could lead to problems when the car is parked (it could basically roll away on its own).  Not soon after this issue appeared, the Impala was called in again, this time because the ignition could shut off while the car was still in motion. This could lead to air bag failure, and engine problems. This is the reason why G.M. recalled approximately 65.000 Impalas on Wednesday. The car’s issue was linked to one crash (with no injuries).

An additional 475.000 cars (including models like the Camaro, Equinox, Buick Regal, LaCrosse, or Cadillac SRX) were recalled due to defects that would cause the front and passenger seats to move freely. One crash and three injuries were connected to this vehicle issue.

General Motors declared that the car is safe to drive, but owners should not use the power height adjuster until they resolve the issue. They also declared that it had double-counted some of the recalled vehicles from the past, and this is why the total recalled cars number remains at about 29 million worldwide (even after 6 extra recalls).

This news doesn’t make new customers feel very confident about the company. More than half of the vehicles which were recalled had ignition issues (similar to those which led to the recalling of 2.6 million Chevrolet Cobalts and Saturn Ions).

Jeff Boyer, vice president of the global vehicle safety, believes that recalls mean that the company is updating its approach to safety.

“We are bringing greater rigor and discipline to our analysis and decision making (…) If we identify an issue – large or small – that might affect the safety of our customer, we will act decisively.” – Mr. Boyer

However, Eric Ibara, director of residual values at Kelley Blue Book says that these recalls (new or old) will have an impact on the company, and it is for the market to judge what it will be in the end.