You are here: Home / National News / 2 Women Escaped Death After an Encounter with a 14,000-ton Train 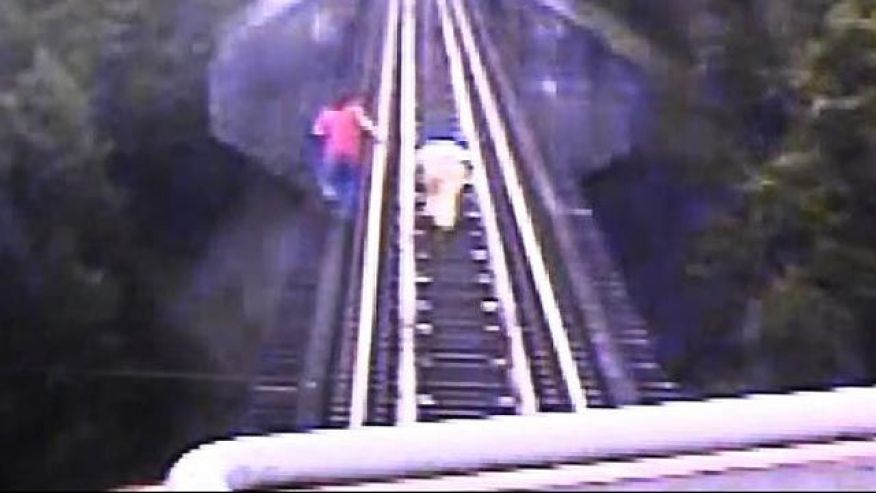 In a video released Tuesday by the Indiana Rail Road Co. 2 women were shown escaping death after an encounter with a 100-car 14,000-ton train.

The two were caught in the middle of a narrow railway bridge in Monroe County. The incident took place earlier this month, on July 10. Eric Powell from Indiana Railroad said the train engine’s video camera captured the incident on the 80-foot-high bridge northeast of Bloomington at Lake Lemon.

The video shows the women running from the fast approaching train, one of them falls on the tracks and the other woman runs to help her. “The engineer threw the train into emergency braking as soon as possible. He had thought he had killed the two people here on this bridge,” Powell said. “… Both duck at the last minute. How they survived that is nothing short of a miracle.”

The 2 women had few choices because jumping from the tracks would have meant serious injuries, perhaps even death, Powell also explained.

According to Indiana Railroad, the women have been identified and will be prosecuted for criminal trespass. The county sheriff’s department is still investigating the incident as we speak.

Once Monroe County Prosecutor Chris Gaal receives a report from police, he will review it for eventual criminal charges, but it’s inappropriate for prosecutors to comment on the case beforehand.

When the train finally came to a stop, they got up and ran. “He (the engineer) yelled back and asked them ‘Are you ok?’” said Powell. “And one of them yelled that she had stubbed her toe, otherwise fine. I’m sure their nerves were as shattered as his were.”