You are here: Home / Business / $1.27 Billion in Damages to be Paid by the Bank of America 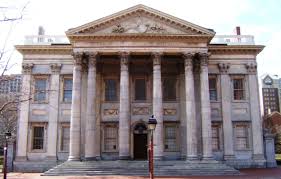 Wednesday was the day of reckoning for the Bank of America as it was ordered to pay $1.27 billion in damages over their defective mortgages. Its Countrywide Financial unit sold these defective mortgages and through this ruling, the government is finally rolling in a win.

As this decision was made public, the Bank of America (the second largest bank in the U.S.) was also preoccupied with negotiations with the Justice Department. These negotiations involved a probe that would investigate faulty mortgage securities. Negotiations could also result in the bank having to pay more than $12 billion as a result of their financial-crisis era misdeeds. The Bank of America has already had to pay significant amounts to settle a series of cases that were connected to the crisis period.

While the bank certainly doesn’t approve the ruling, the Justice Department deemed this judgement as a victory. While they haven’t managed to hold Wall Street accountable yet for any wrongdoings (such as selling faulty loans to investors or using documents that weren’t legal to foreclose homeowners that were struggling), the Justice Department still counts the ruling as a win.

The current ruling follows another one that ended when jurors found that both the Bank of America and Rebecca Mairone (Countryside executive) were liable for defrauding mortgage finance that had been under government control.

According to prosecutors, they removed safeguards designed to recognize mortgage frauds and peddled the remainder of mortgages to Fannie and Freddie. In this situation, mortgage-finance companies would have been liable for more than $1 billion in losses when the housing market crashed.

Preet Bharara, U.S. attorney in Manhattan was more than pleased with the stiff penalties that were brought to light in this difficult case. He also added that his office would go to any lengths to ensure they would deter lending activities.

As with so many similar cases, federal prosecutors said that they had already encountered significant criticism and that settlements were a reasonable possibility to deal with such issues. They also said that by taking a case such as the Bank of America trial to court could either end extremely bad or extremely well.

The court explained that the bank had not violated the False Claims Act (a violation that could give the Justice Department the possibility of seeking triple damages) but also that they did not repeat the misconduct that Countrywide had allegedly undergone in 2008 when the Bank of America purchased the lender.