You are here: Home / National News / US Mayors to Sign Vote on Climate Change Resolution

Confronting climate change is a major agenda of this week’s U.S. Conference of Mayors meeting in Dallas, Texas including climate protection awards, climate panels and a discussion with U.S. EPA Administrator Gina McCarthy and U.S. DOE Secretary Ernest Moniz. Mayors signed the latest version of the Climate Protection Agreement (CEP). Endorsed by over 1,000 mayors, it supports a national goal of reducing greenhouse gas emissions by 80 percent from 1990 levels by 2050 amongst other things. Mayors from 10 of America’s biggest cities have joined forces to tackle climate change and pollution in an energy efficiency project that could save US$1 billion a year.

The conference is nearly split between Republican and Democratic mayors and the resolution only encourages action rather than mandating it. Leffingwell told the Associated press “the best strategy is not to get involved in partisan politics.” 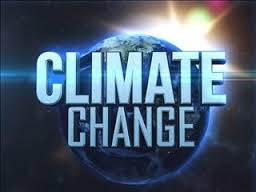 The initiative’s organizer Natural Resources Defense Council says the move could cut energy bills by almost US$1 billion a year and reduce the pollution equivalent of up to 1.5 million cars. Buildings are the biggest emitter of carbon emissions in the US due to the large to use of electricity, 40% of America’s emissions come from building, which is more than both the industrial and transportation sectors’ emissions. In some cities, almost 75% of emissions come from buildings.

“Energy efficiency creates jobs, lowers energy bills and is a cornerstone of constructing a sustainable future,” said Los Angeles Mayor Eric Garcetti. “Los Angeles has long been a leader in environmental policy and we look forward to working with cities around the country to jointly implement policies that stimulate our economy, save money and reduce our carbon emissions.”

Laurie Kerr, Director of the City Energy Project, Natural Resources Defense Council said, “These mayors are showing that there is a political will to put people to work to build a healthier, more prosperous future for American cities. In the face of a changing climate and increasingly extreme weather, they know they must act now to make their cities more resilient and sustainable.”

The Center for American Progress released an analysis of how cities can prepare for the carbon pollution standards and help reduce their emissions. These include the reduction of carbon impact of municipal utilities, update building energy codes, promote distributed generation of renewable energy, consider tax credits and rebates for renewable energy and develop clean energy loan programs.

“We are proud of our net zero initiative and the progress we are making,” said Mayor Carolyn Goodman, Mayor of Las Vegas. “What is happening here in Las Vegas on energy innovation shouldn’t just stay here. All cities as well as the nation can benefit from net zero initiatives.”