Sunspots have long been a mystery for the scientists and solar experts. Some vivid photographs of a live sunspot formation have made glaring exposures about the unique event, raising hopes of better understanding about how and why these unusual phenomena occur on the surface of the Sun.

The researchers from the New Jersey Institute of Technology (NJIT) have presented exceptionally detailed images of a sunspot formation at the 224th meeting of the American Astronomical Society (AAS), held in Boston.

The spots or dark blemishes on the Sun’s surface range from small moon-sized structures to Jupiter-sized ones. They are comprised of a dark and cool center called the umbra and the outer penumbra, where it is warmer and lighter. Umbra is the region where the magnetic suppression of solar activity is the strongest. 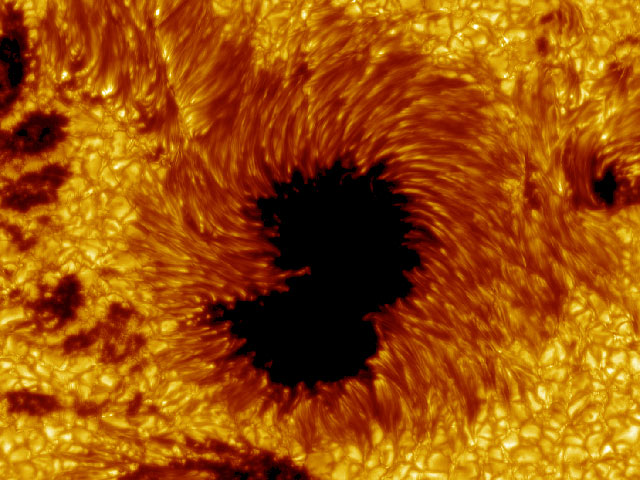 Since long, the scientists have theorized that these spots or dark blemishes occur when opposing magnetic fields form dense regions on the Sun’s surface. This prevent heat from rising from the Sun’s interior.

According to the US space agency NASA, it has spotted the most recently active sunspot regions making its third migration around the star.

The unusual phenomena sunspots have been a mystery for great experts like Galileo too.

The images have been compiled from the Solar Telescope at Big Bear Solar Observatory (BBSO) in California and NASA’s IRIS – an unmanned orbital telescope – have revealed the complex workings of internal magnetic fields that keep sunspots so stable.