The scientists were so far clueless about the locomotion of Nothosaurs that ruled the world’s oceans for 186 million years.  Many theories related to their locomotion were proposed in the past but none gave direct evidence about the method in which they move from one place to another.

An ancient seabed in Yunnan, China provided the first direct physical evidence of how nothosaurs moved.

Nothosaurs are mysterious creatures that are voracious semi-aquatic hunters. They had elongated bodies and paddle-like limbs and were among the top marine predators around along the Triassic coasts. 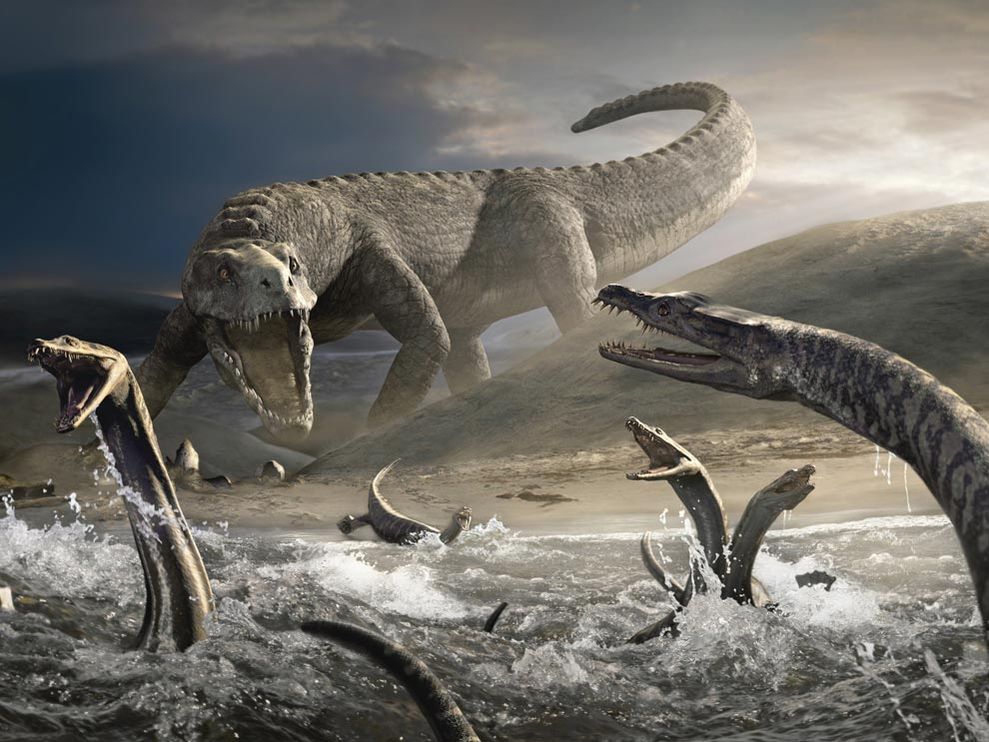 According to the researchers, a series of slots arranged in ancient mud indicate that the animals used their forelimbs to move on the ocean floor. Animals between ten feet long and three feet long were included in the evidence.

Professor Qiyue Zhang, leader of the China research team, said in a statement, “We interpret the tracks as foraging trails. The nothosaur was a predator, and this was a smart way to feed. As its paddles scooped out the soft mud, they probably disturbed fishes and shrimps, which it snapped up with needle-sharp teeth.”

According to co-author Michael Benton of the University of Bristol, when he first saw the site, he couldn’t believe the amazing quality of the fossils. He says it was quite unusual to find skeletons of marine reptiles such as the nothosaurs so close to evidence of their tracks.

The study was described by the research team in Nature Communications in the June 11 edition.