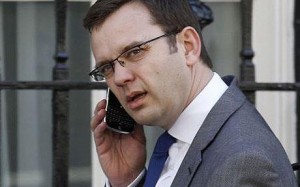 In a major trial this week, the former editor of News of the World, Andy Coulson, was found guilty of conspiracy to hack phones together with others, between the years 2000 and 2006. The partial verdicts were issued on Tuesday and several reporters from major media outlets were present in court, to report on the proceedings. Coulson was notably the communication chief of the British Prime Minister David Cameron, who also spoke out on the matter. The verdicts were communicated on the 138th day of the trial, at the Old Bailey courthouse in London. There were some 70 people in attendance, but reports say there was absolute silence in court, at the moment the verdicts were read out.

According to BBC World News reports, Andy Coulson stood completely still and showed no emotion as the verdict was read out. Many public figures have spoken out against Coulson, throughout the duration of the trial. David Cameron himself went as far as to offer a “full and frank apology” for hiring Coulson as the tenth in line of command in his communications department. Cameron has also been accused of holding on to Coulson for far too long. According to the verdict against Coulson that was read Tuesday in court, the conspiracy to hack phones went all the way to the top, i.e. to his editor’s desk.

Many of the others involved in the case together with Coulson have been cleared of the charges brought against them. Rebekah Brooks, the former Chief Executive at News International, was cleared of all charges by the jury at the Old Bailey. Famous friend Jeremy Clarkson tweeted he was “beyond ecstatic” upon hearing the news and Brooks herself appeared to have mouthed the words ‘thank you’ after the verdict was read out. Her husband Charlie and former News International security director Mark Hanna were also cleared of the charges of perverting the course of justice. Former PA Cheryl Carter, who had been accused of conspiring to pervert the course of justice was cleared of the charges. Stuart Kuttner, a former managing director at News International, now retired, was found not guilty of conspiring to hack phones.

As of the time this article was written, there were two charges outstanding against Andy Coulson, both of which have to do with conspiracy to misconduct while in public office. The same charges are being brought against Clive Goodman, a former royal editor at News of the World. The jury will reconvene at the Old Bailey on Wednesday, to continue to consider these charges.