Physicist Alan Guth of Massachusetts Institute of Technology (MIT) has been awarded the prestigious Kavli Prize in Astrophysics for “for pioneering the theory of cosmic inflation”.

They have been honored for proposing and developing the theory of cosmic inflation that has revolutionized our thinking about the Universe. 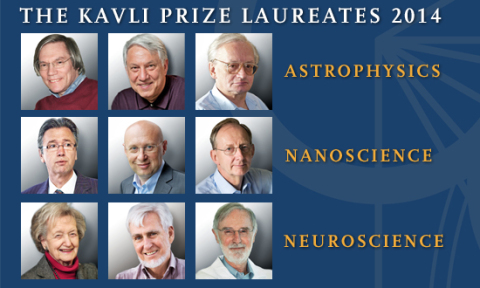 Nine leading scientists from across the globe have been named as recipients of the Kavli Prizes this year. Kavli prizes recognize scientists for their seminal advances in astrophysics, nano-science and neuroscience.

The Kavli Prize is awarded by The Norwegian Academy of Science and Letters and consists of a cash award of 1 million US dollars in each field.

This is not for the first time Guth’s work has been honored. He received a USD 3 million award from the Fundamental Physics Prize Foundation last year.

The Kavli prizes are a joint program of the academy, the California-based Kavli Foundation and the Norwegian Ministry of Education and Research. The prizes will be awarded in Oslo, Norway, in September.