The Hubble Space Telescope has begun looking for icy world beyond Pluto as part of a fast-moving campaign to double the scientific payoff from NASA’s New Horizons mission. In 2006, New Horizons became the fastest object that humanity has ever sent away from the Earth, and it has only picked up speed since then.

New Horizons’ primary goal is to send a spacecraft flying past Pluto and its moons in July 2015, more than nine years after it was launched. It’s the first mission designed to study a broad belt of icy material on the solar system’s rim known as the Kuiper Belt. In many ways, Pluto and its moons are likely to be typical residents of the Kuiper Belt; its special status as a dwarf planet is more of a historical accident. However, the known Kuiper Belt Objects have a variety of shapes and properties, so the more number of them we can observe closely, the better understanding we’ll gain of this distant collection of bodies. 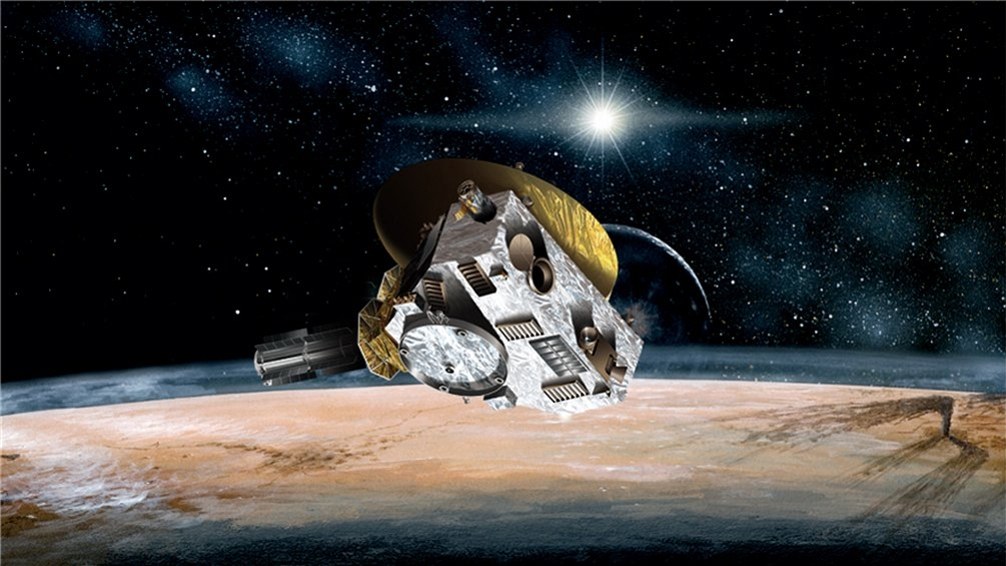 When the $728 million mission was proposed, the New Horizons team said they intended to study another Kuiper Belt object after the Pluto flyby. But so far, scientists haven’t been able to find a suitable object, so they asked the team in charge of allocated observation time on the Earth-orbiting Hubble Space Telescope to help out.

New Horizons’ principal investigator, Alan Stern, told NBC News that the request was approved late last week, and the search began on Sunday night, even before the Space Telescope Science Institute issued a news release about the decision.

“Hubble is coming to the rescue of the exploration of the Kuiper Belt,” Stern said in an email. “We’re very excited!”

Hubble’s scientists say it would be a needle in haystack search for objects typically as dark as charcoal as and no bigger than Manhattan Island, orbiting 3 billion miles (5 billion kilometers) away. “It really is kind of a fishing trip,” Hubble spokesman Ray Villard told NBC News.