You are here: Home / Tech & Science / Google alarm wakes you up Before Approaching your Transit stop

Just remember, how many times did you miss your transportation stops on Saturdays? We all booze during the Saturday nights. We board the public train or the road transport to go back our homes after boozing and we may miss our stops too. But, from now on we may not miss our stops.

A new feature is added on the Google Now Android application which triggers an alarm when you are passing by the stops which are automatically saved like work place, home or college etc. What all you need to do is to tap the alarm to save you from missing the transit stop.

It’s an interesting innovation from Google as the problem looks miniature but it affects a lot.  It is one of the brilliant additions to Google Now application in recent times.  We really don’t know how Google is going track that we are travelling via public transport. 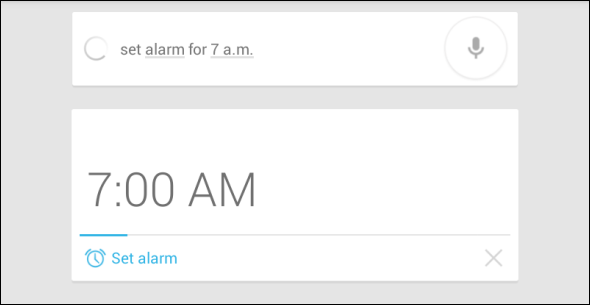 We do have similar application in iOS too. But the users are not in favour of using it because of weird performance. In case of Google Alarm, the early users are in love with its functioning and opine that it’s working nearly accurate in most of the cases.

Google alarm is no where associated with your standard cell phone clock. You need to download and install the Google Now application and tap on the alarm option to set it. Don’t take it very literally as the mileages may vary. Keep in mind that the alarm is approximate and not accurate.

So, you just need a Google Now app in your Android phone to save yourself from missing your stop. Dare to nap soundly after your booze!