New Horizons observations of Pluto’s biggest moon, Charon, have made the scientists look forward for cracks in the surface, to figure out whether it could be hiding a once warm ocean under the surface.

Nasa has claimed that the discovery could aid in the hunt for alien life, for which the necessity is the presence of water.

This is hard to believe practically as the surface temperature on Pluto and its moons is thought to be 380 degrees below zero Fahrenheit (-229 degrees Celsius).

Charon and Pluto are said to be tidally locked i.e. any ocean Charon might have had should be frozen by now. 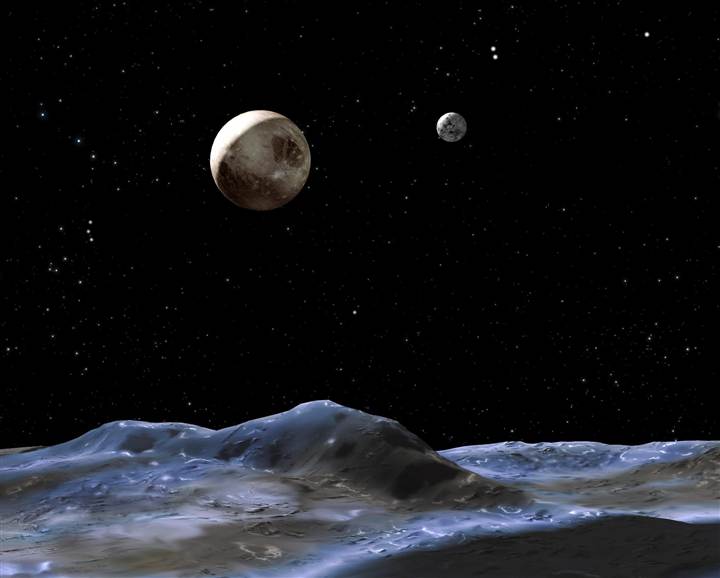 The New Horizons team plans to document Charon’s cracks when their spacecraft flies by in July 2015.

“Our model predicts different fracture patterns on the surface of Charon depending on the thickness of its surface ice, the structure of the moon’s interior and how easily it deforms, and how its orbit evolved,” Alyssa Rhoden of NASA’s Goddard Space Flight Center, lead author of the paper said Friday in a NASA news release.

“By comparing the actual New Horizons observations of Charon to the various predictions, we can see what fits best and discover if Charon could have had a subsurface ocean in its past, driven by high eccentricity.”

The other two moons with surfaces with evidence for ocean interiors are Jupiter’s moon Europa and Saturn’s moon Enceladus.

These moons have eccentric orbits leading to daily tides. Charon past high eccentricity could have generated large tides, causing friction and surface fractures.

The oceans of Europa and Enceladus are considered to be places where extraterrestrial life might be found.

All the requirements were satisfied on ancient Charon is a complicated scientific issue, just as it is for present-day Europa and Enceladus.