Spiders are traditionally viewed as predators of insects. Zoologists from Switzerland and Australia have now published a study that shows spiders all over the world also prey on fish. The academic journal PLOS ONE has just published the results. Although viewed by ecologists as the classical predators of insects, researchers have become increasingly aware that spiders are not exclusively insectivorous. Certain larger-sized species supplement their diet by occasionally catching small fish. 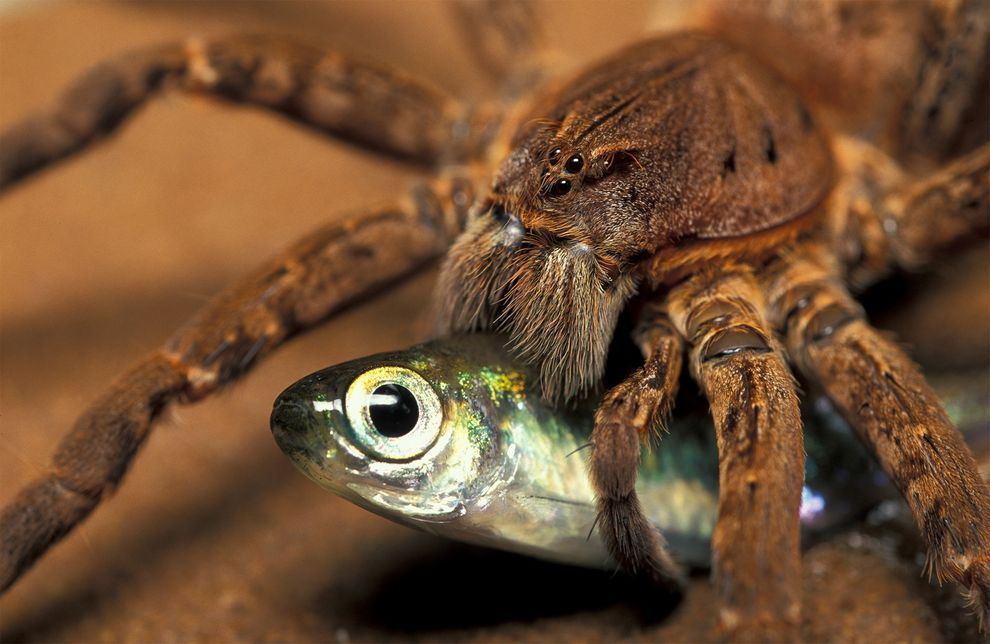 “Our evidence suggests that fish might be an occasional prey item of substantial nutritional importance”, says Martin Nyffeler. According to a new study, spiders in 8 of the world’s 109 arachnid families can catch and consume small fish. Some of them can even subdue fish five times heavier than they are.These arachnids are nearly everywhere. The study, published on June 18 in the journal PLOS ONE, says fish-eating spiders can be found on every continent except Antarctica. They are especially prevalent in warm, oxygen-depleted bodies of water like the wetlands of Florida, where fish are more likely to come to the surface in search of oxygen-rich water.

For spiders the rewards of fishing are great. Much of an insect’s weight comes from its hard exoskeleton which isn’t useful to spiders in terms of food energy. In contrast, fish are made up of mostly muscle and the only non-digestible parts are their scales, skin and skeleton.

“Fish predation by spiders has always been a bit of an oddity,” said Marie Herberstein, an expert on spider behavior at Macquarie University in Sydney, Australia, who was not involved in the study. “But the review makes a compelling argument that it is widespread, both taxonomically as well as geographically. This was certainly a surprise.”