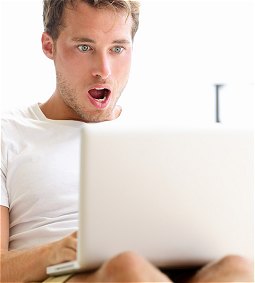 In case you didn’t know, this past weekend, the online world exploded in outrage at the news that back in 2012, Facebook conducted a massive human experiment which tampered with our emotions and manipulated our behaviors.

The news broke recently, while the research paper, called Experimental evidence of massive-scale emotional contagion through social networks was published in Proceedings of the National Academy of Sciences of the United States of America. In case you are interested in the scientific part of the article, you can read it in full.

Facebook conducting experiments via the network is nothing new. However, this particular study was conducted without ever asking anybody’s permission or notifying users they are part of a guinea – pig pool.

Once the news were out, a violent reaction took over other social networks. Enraged people complained about the Facebook human experiment and the complete lack of ethics displayed by the tech mogul.

The Facebook human experiments with emotions consisted in manipulating users’ news feeds in order to test for behavior and emotional reactions. In simpler words,

But the experiment backfired and it did so quite vehemently. Even if the Facebook policy says somewhere along the lines that if you agree to the policy, you also implicitly agree to the experiments also, the general public was quite displeased with the idea of having their emotions manipulated like that. This is why, in a personal post, Adam Kramer, one of the co-authors of the study, publicly apologized for the Facebook human experiment he designed himself.

The public statement is both an apology and a case in favor of the study, which may confuse the public and not give it the closure it needs:

I can understand why some people have concerns about it, and my coauthors and I are very sorry for the way the paper described the research and any anxiety it caused. In hindsight, the research benefits of the paper may not have justified all of this anxiety.

You can red the rest of the statement on Adam Kramer’s personal Facebook wall and draw your own conclusions.

What is important to notice is the last statement of Adam Kramer: he says the Facebook researchers have come a long way since 2012 and seeing how people reacted to this particular study, they learned their lesson and would review their review practices based on what they discovered. This means next time Facebook data analysts will run an experiment on us, they will take into account the fact that we might not like to be their lab rats.

However, we have to admit that apologizing for the Facebook human experiments was a sound call to make after a large part of Facebook users raised their voices in anger and panic.