You are here: Home / Health / Autism Often Deters Parents From Having More Kids

A recent study conducted by researchers from the University of California, San Francisco, shows that for many parents who have a child with an autism spectrum disorder (ASD), may factor into whether or not they decide to have any other children. For the study, published in the journal JAMA Psychiatry, researchers discovered that parents with an autistic child were less likely to have any other children. The researchers examined the chances that each family went on to have more children over a 15-year period (between 1990 and 2005).

”Clearly, parenting a child with an autism spectrum disorder requires a huge commitment of time, energy and money. This is stressful to couples and impacts siblings,” said Dr. Ron Marino, associate chairman of the department of pediatrics at Winthrop-University Hospital in Mineola, New York. 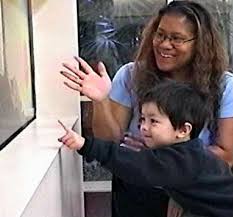 “The study cannot determine the reason for such observation but parents of children with autism may be concerned about having another child with autism or may not have the resources to care for more children,” the researchers said.

“These observations have important implications for genetic counseling of affected families,” study researcher Neil Risch, a professor of epidemiology and biostatistics at the University of California, San Francisco said in a statement.

The researchers noted that the study did not include miscarriages or stillbirths which may affect the time it takes a couple to have a child as well as the decision to have more children but these factors alone are unlikely to explain the findings, the researchers said.

She added, “We are hoping that further research will enable us to identify both effective treatment strategies and ultimately modifiable causes of the disorder, so parents won’t have to curtail their families for fear of having another affected child.”

The study was published on June 18 in the journal JAMA Psychiatry.