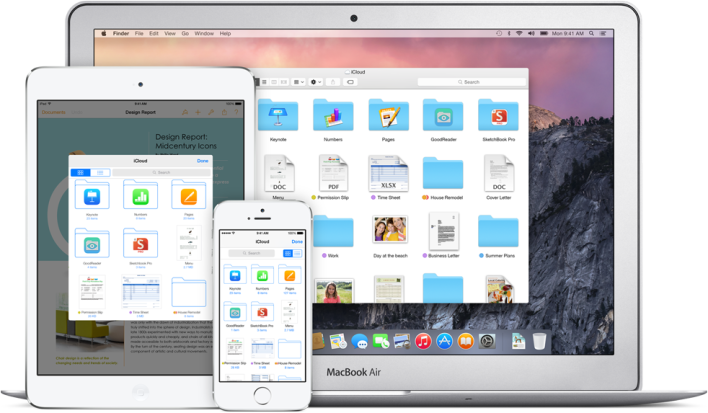 Both the operating systems are robust and feature rich and until Monday’s keynote they had their independent working environment. With the introduction of iOS 8 and OS X Yosemite Apple has taken mobile and desktop interaction to a whole new level.

Apple introduced some new features that made people living within Apple’s ecosystem rejoice. These include features like Continuity, Handoff and iCloud Drive that has high level of iOS 8 and OS X Yosemite interaction.

OS X Yosemite changed the way in which OS X interacted with iOS. With the newly introduced desktop operating system Apple lets you use your Mac to make and receive calls and send or receive text messages. Calls and messages are placed via your iPhone so you need it in the vicinity and not in your hand.

This is an insanely handy feature for those who own both iPhone and Mac. Most of us including me miss calls while working on my Mac. With this you’ll never miss a call or an urgent text.

This feature can be made cooler with Apple TV. You can mirror your Mac on your HDTV using Apple TV and BOOM! You can now receive calls from your TV.

Handoff is another intriguing feature for the productivity guys. If you are working on your iPad it can be a document, email, spreadsheet, keynote or text message, then you can continue doing the same work form where it was left from your Mac. This is what Apple calls Handoff.

You can even continue doing the same work on your iPad and iPhone that you left off from your Mac. This is very interesting feature, but unfortunately works only with Apple apps. Hope Apple extends this functionality to third-party as well.

iCloud Drive is Apple’s answer to Dropbox and other cloud based storage services. Apple introduced iCloud in 2011, but sandboxed it. Means all your app data was uploaded to the drive and you had no control over it.

With iCloud Drive Apple added the most awaited ‘Drive’ functionality to iCloud. Users can now use iCloud to upload and store any kind of file they wish. It works similar to Dropbox, but is Apple’s propriety.

iCloud Drive works with iOS as well as OS X. Users can now upload files from their iPhone, iPod or iPad and even Mac systems. OS X Yosemite adds iCloud Drive section into the Finder, which will easily let you access files stored on your iCloud Drive.