You are here: Home / Tech & Science / World’s oldest and the biggest sperm belongs to a Seed Shrimp

The scientists have discovered world’s oldest sperm in 17 million-year-old fossilized remnants of ancient crustaceans. This sperm is different from other types of sperms as it does not have a tail and consists only of a large head.

The sperm and other internal reproductive organs belong to fossilized ostracods or seed shrimp. These organisms are tiny crustaceans that have existed for 500 million years. The seed shrimps are few millimetres in length, however, their sperm are long as much as it can reach 0.4 inches.

The fossilized remains of the sperm have been unearthed in a cave, which was once underwater, of northern Australia’s Queensland. 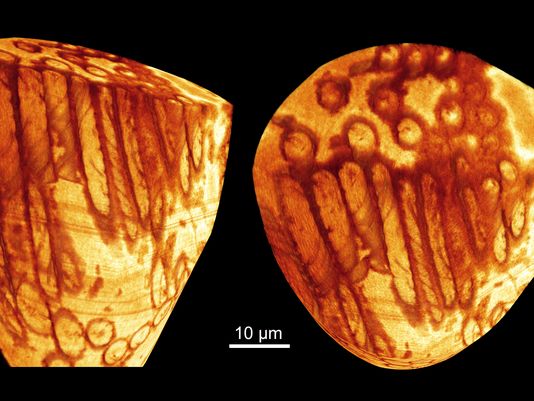 According to the scientists, the sperms have been well-preserved because of the phosphorus that has come from bat droppings in the cave.

Palaeontologist Mike Archer of the University of New South Wales says, “Nobody has ever seen sperm fossilized like this before. This is the oldest sperm in the world. We get used to fossil bones and teeth but we did not expect the soft tissues would also preserve for 17 million years.”

“The most astounding aspect of our findings is that it strongly suggests that the mode of reproduction in these tiny crustaceans has remained virtually unchanged to this day,” said Renate Matzke-Karasz, a geobiologist from Ludwig-Maximilian-University in Germany.

The findings of the study were published in the journal Proceedings of the Royal Society B.