No official figures has been provided regarding number of billionaires and amount they have given since the pledge was instigated as a joint venture in 2010 by Warren Buffett, CEO of Berkshire Hathaway Inc. of Omaha, and Microsoft co-founder Bill Gates. 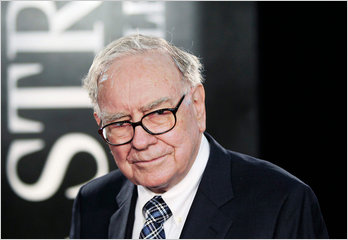 About 127 individuals or families from 12 countries and 26 U.S. states, including four new signers, have pledged to donate a share of at least half their wealth to nonprofit groups.

The discussion included working with governments, social entrepreneurship, global health, investing in women and girls, the environment and education.

Buffett praised the latest signers, saying they “bring a wealth of expertise to the group. We will learn a lot from their experiences as we collectively aim to inspire one another to earlier and better giving.”

Warren Buffett is the greatest investor of all time. His decisions about buying shares and companies have beaten the stock market year after year .

Ann Gloag OBE (for Order of the British Empire)- She is co-founder and former executive director of the international transport company Stagecoach. She funds and runs an orphanage and school in Nairobi, Kenya, and set up a women’s rescue center with local Maasai chiefs. Apart from running 200 schools, In 2008 she established a women help foundation for those injured in childbirth course.

Dave Goldberg and Sheryl Sandberg- The Facebook Chief Operating Officer Sheryl Sandberg and her husband, Dave Goldberg also joined hands. She is the CEO of SurveyMonkey and an entrepreneur, venture capitalist and music industry executive previously was an executive with Google, an officer in the U.S. Treasury Department under President Bill Clinton and an economist with the World Bank.

Craig Silverstein and Mary Obelnicki- Craig is co-founder of Google and dean of infrastructure at the Kahn AcademyThe couple with engineering degrees from MIT, co-founded Echidna Giving, named after an Australian anteater, to invest in girls’ education in the developing world.