A Utah lawmaker has taken strict objection to the use of botched lethal injection for death sentence in Oklahoma last month, saying a firing squad is a more humane form of execution.

Rep. Paul Ray, a Republican from the northern Utah city of Clearfield, batted for the firing squad form of execution, saying it is the most humane form of carrying execution of guilty.

“It sounds like the Wild West, but it’s probably the most humane way to kill somebody,” Ray said.

He is expected to introduce a proposal in this regard during Utah’s next legislative session in January. 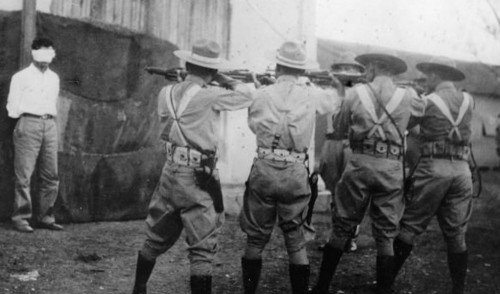 This is not the first time that any lawmaker stood in favour of this form of execution. Early this year, Wyoming and Missouri floated similar ideas but both efforts stalled. Ray, however, is hopeful of winning his case.

It is noteworthy, the state of Utah already has a tradition of carrying executions by firing squad.

In 2010, five police officers used .30-caliber Winchester rifles to execute Ronnie Lee Gardner. This was the last execution by rifle to be held in the state.

Ray and other lawmakers say that the firing squads might be the cheapest and most humane method.

Citing the excessive media attention to the inmates, Utah had eliminated execution by firing squad in 2004.

Lethal injection has been the default method of execution in the United States.