Amid the huge chaos in the beehive state of Utah over the case seeking stay on same-sex marriage ban, Idaho officials have sought a federal court to put on hold its decision allowing such homosexual marriages in Idaho.

According to the officials, the Court’s go ahead for the gay and lesbion union may lead to disarray in the state.

On Thursday, the Attorneys for Idaho asked the 9th Circuit Court of Appeals to stay the U.S. District Judge Candy Dale’s verdict allowing same-sex marriages from Friday onwards. A decision on the emergency request could likely arrive by late Thursday.

“If the decision is not put on hold, Idaho will experience the same unseemly chaos, confusion, conflict, uncertainty, and spawn of further litigation and administrative actions seen in Utah and, to a lesser extent, Michigan” when hundreds of same-sex couples “‘married’ in contravention” of the states’ marriage laws, Boise lawyer Monte Stewart argued before the court.

A federal magistrate judge on Wednesday turned down the request from Idaho’s governor to put same-sex weddings on hold. The development has given Uthans who are fighting against the ban on gay marriages a ray of hope.

U.S. District Magistrate Judge Candy Dale wrote that the appeal is unlikely to succeed so there’s no reason to keep the state from granting marriage licenses to gay couples. 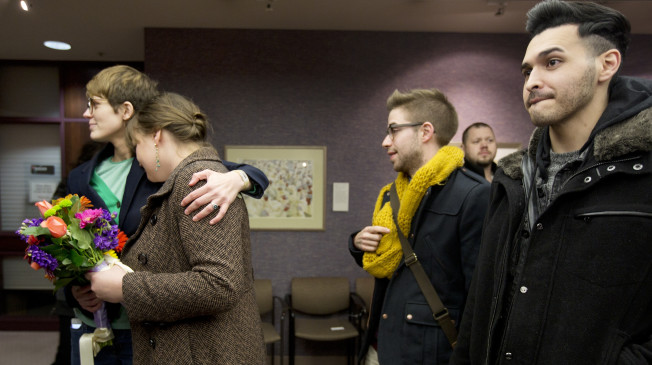