The push towards the poles average around 30 miles per decade. Places like the New York City, Tokyo, Japan, Australia and other places of high altitude that are normally calm and do not witness Hurricanes and Tropical storms much, may also become a victim of nature’s ruthlessness.
As per a study published in the journal ‘Nature’, the erratic activities of the materialistic humans to satisfy their needs and greeds without visualizing its consequences have indirectly given rise to such fierce storms. 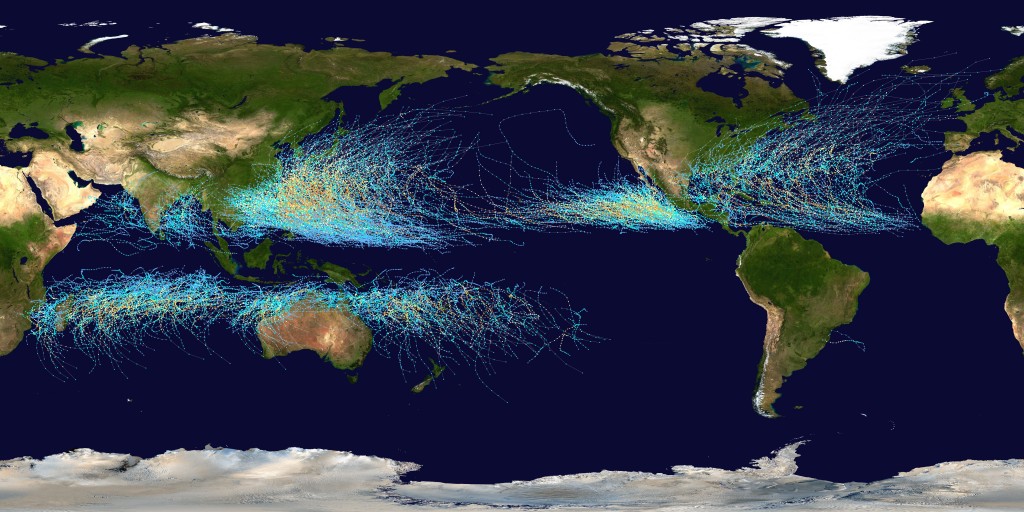 An immense increase in the earth’s temperature, known as global warming caused due to industrialization and an increased use of automobiles is a major factor in pushing hurricanes out of tropics.The study also suggests that there is a noticeable poleward shift in places where the storms are at their peak intensity.

An enormous shift was observed in the Western Northern Pacific Ocean- which is most often hit by the tropical storms, indicating that there may be a potential for change in the risk. The risk may decline in some areas and go up in some other areas posing a great threat to life and property.
Also, tropical areas that receive rainfall from the tropical cyclones may have to worry about water scarcity as the storms shift away from them.
Some other causes behind these deadly storms are the greenhouse effect, depletion of ozone layer, deforestation etc. all by- products of human activities, without any mercy on mother earth.

Perhaps these tropical cyclones are mother nature’s way of giving out the message that ‘it is enough’!!!
Hopefully the materialistic human will realise it soon, before its too late.