Former Treasury Secretary Timothy Geithner, in his new book, has shared some behind the scenes, off the record things about some of the tops officials of the Obama administration.

The book, entitled “c,” narrates thoughts and off record interactions of Geithner with members of the Obama administration.

In the new book about the handling of the financial crisis Geithner, due out today, has some critical words for Sen. Elizabeth Warren (D-Mass.).

Geithner reveals Warren’s appointment for the top post followed rigorous rounds of discussion. President Barack Obama and his top advisers were torn over whether to appoint her to head the Consumer Protection Finance Bureau. 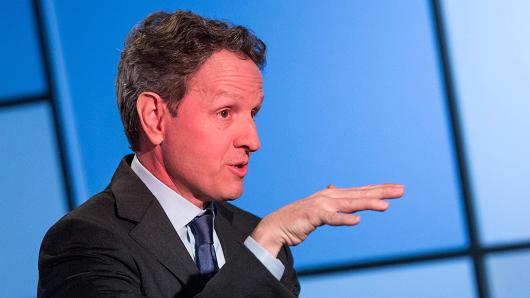 He says, there was a mixed reaction among the Obama cabinet members with some wanting Warren to have the job, while several others seeking the president should consider making a recess appointment.

According to Geithner, Warren was consuming a lot of time and energy at the White House that then-chief of staff Rahm Emanuel sent her an email that reads, “We have a lot more pressing issues. We are spending a lot of time on one person.”

He writes, “I had a complicated relationship with Warren.”

“The President, who almost never called me at home, made an exception on this issue. It was really eating away at him,” Geithner writes.

Geithner reveals that he had told other advisers that he would not try to talk the President about nominating Warren, but that “everyone in the room knew she had no chance of being confirmed.”

Amid this hullaballoo, Geithner and his chief of staff, Mark Patterson, though of a midway by recommending Warren for the post of the acting director. This method would have allowed them to avoid a confirmation fight but giving her the chance to be the face of consumer protection and build the bureau.

Geithner further writes, “We were initially amused, and eventually a bit annoyed, when Warren, who had spent so much time bemoaning Treasury’s nefarious work against the public interest, quickly began trying to hire away a bunch of our staffers.She was unapologetic when my team confronted her about it.”

Geithner calls Warren a “noted consumer protection advocate” and “one of our most ardent and eloquent liberal critics.”

Geithner has served a pair of key roles as the country worked through the disastrous years of 2007 onward. He has worked as President of the Federal Reserve Bank of New York and then as Treasury Secretary under President Barack Obama.