A Russian Soyuz TMA-11M space capsule  carrying a Japanese astronaut, a veteran Russian cosmonaut and a NASA flight engineer landed on the Earth’s surface, putting an end to their six-month orbital mission. They returned near the town of Zhezkazgan, Kazakhstan on May 14, 2014 after  a 188-day stay in space.

The Soyuz undocked from the space station 3 1/2 hours earlier while the two vehicles were above Mongolia, marking the clsoure of Expedition 39 and the advent of Expedition 40 on-board the orbiting lab.

The landing occurred on schedule with the capsule descending under a white parachute. 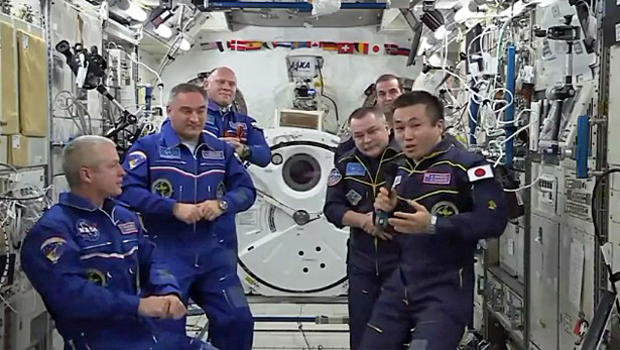 All were reported to be in good condition and Tyurin was heard joking that he’d like some red wine.

The landing came a day less than after Russian Deputy Prime Minister Dmitry Rogozin said Russia wouldn’t continue co-operating with the United States on the 15-nation ISS past 2020, as NASA had hoped.