Believe it or not, it seems the astronomers have found the lost sibling of the Sun.

The new member of the solar family has been named as HD 162826, which is just 110 light years away from the Sun.

Our Sun has emerged from a thick cloud of space dust and gas, like most of the stars. These dust particles and gas has led to the origin of 1,000 to 10,000 stars.  Initially these small stars remained intact. But as the time passed, their cluster broke up and started getting separated as an entity. And now, as billions of years have passed, these siblings are now scattered across the Milky Way galaxy.

According to the astronomers, they have discovered a star which they believe to have born from the same cloud of gas as our Sun 4.5 billion years ago. And adding to our surprise, this solar sibling is bigger and hotter than the Sun. 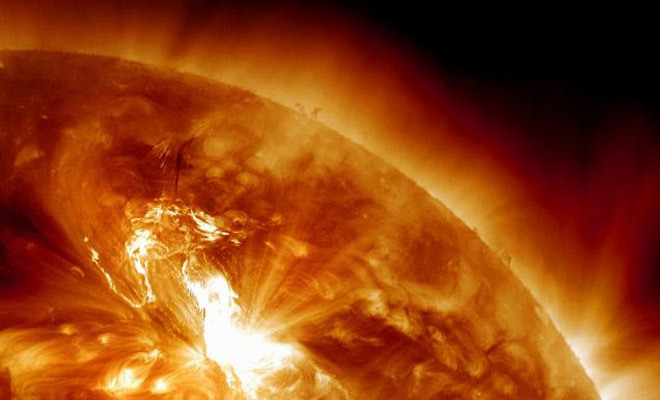 According to a group of international researchers’ team, the newly found celestial body has the same chemical fingerprint as that of the Sun. This fact suggests that the both stars were born in the same stellar nursery and that too at the same time.

Lead author Ivan Ramirez, an astronomer at the University of Texas at Austin, says,”Stars that were born in different clusters have different compositions. If a star has the exact same chemical composition as our sun, that establishes that they were born in the same place.”

The researchers believe that the Sun may have as many as 10,000 sisters and brothers like the one recently spotted. Over billions of years, they have been scattered throughout the Milky Way Galaxy.

According to the researchers, the main motive behind the study was to make it easier for astronomers to survey and study the close relatives of the Sun.

The study is yet to be published. It will come out on June 1 in the Astrophysical Journal.