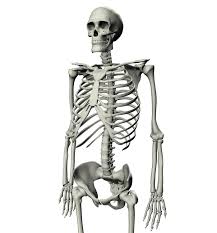 A teenage girl’s skeleton was found in a Mexico’s underwater cave. This is supportive of the theory that the first people of the continent migrated across Bering Strait. A low profile was kept by Jim Chatters, after the bruising battle over Kennewick Man was over.

Chatters was the 1st scientist for studying the unearthing of skeleton in Eastern Washing, 2 decades back. He was involved in a controversy over cultural identity and race which was stirred up further by 9,500 year old bones.

He asserted that the mystery man didn’t look like Modern Native Americans. The Northwest Tribes were infuriated owing to this. Now, the archaeologist of Bothell is back in the spotlight as he shows another set of prehistoric bones with DNA evidence. It has also been suggested by findings that the tribes might be right about the Kennewick Man.

The new discovery has come from a spectacular underwater cave on the Yucatan Peninsula of Mexico. Divers have stumbled across prehistoric animal bones and one of the most complete and oldest human skeletons in Western Hemisphere.

In the Thursday issue of Journal Science, it has been reported by an international team of 15 experts and Chatter that human remains are of a teenage girl and seem to be around 12,000 and 13,000 years old.  Many physical traits are shared by the young woman’s skeleton through which question was  raised about the relationship of Kennewick Man to modern Native Americans.