All of us must have witnessed the mysterious vanishing of honeybees from their hives. The scientists from the Harvard University have found the reason behind the serious issue.

The researchers have blamed the increased usage of insecticides for the issue.

The use of two neonicotinoids led to the death of half the colonies of bees, researchers showed. However, those bees who were in the untreated colonies didn’t disappear. Neonicotinoids is the most widely used class of insecticide in the world.

The researchers at the Harvard studied the health of 18 bee colonies across three locations in central Massachusetts, between the period October 2012 and April 2013. For the study, the researchers treated two colonies of each location with realistic doses of imidacloprid, two with clothianidin and other two were untreated control hives. 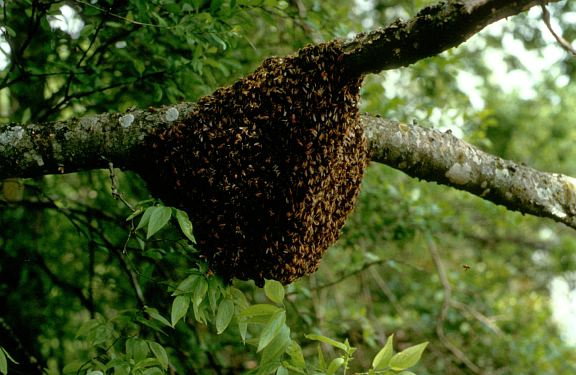 Lead researcher Chensheng Lu said, “We demonstrated that neonicotinoids are highly likely to be responsible for triggering ‘colony collapse disorder’ in honeybee hives that were healthy prior to the arrival of winter.”

Lu is an expert on environmental exposure biology at Harvard School of Public Health and who led the work.

The researchers said, “Bees from six of the 12 neonicotinoid-treated colonies had abandoned their hives and were eventually dead with symptoms resembling CCD. However, we observed a complete opposite phenomenon in the control colonies.”

Honeybees are greatly responsible for the pollination in food crops. The last decade has witnessed a big drop in the population of honeybees around the world. The issue is of prime concern among the leading experts as about three-quarters of the world’s food crops require pollination. The significant decline has also been associated with loss of habitat, disease and pesticide use.

A study done by European scientists in April this year have found that the UK is suffering from one of the worst rates of honeybee colony deaths in Europe.

Paul de Zylva, Friends of the Earth’s senior nature campaigner, says, “Sudden deaths of honey bee colonies are a major concern in North America. Comprehensive research into the role of pesticides in decline of bees is urgently required – including how they may compound other pressures, such as a lack of food and loss of habitat.”

“The UK government, which opposed the EU’s neonicotinoid ban, has accepted the need for a national action plan to reverse bee and pollinator decline. But its draft plan is dangerously complacent on pesticides, placing far too much trust in chemical firms and flawed procedures.” said de Zylva.

The study was published in the Bulletin of Insectology.