You are here: Home / Tech & Science / Now get iOS notification via Notifyr on your Mac computers

Now you can get iOS notifications on your Mac computers as a teen developer from the Netherlands has successfully created a new iOS app called ‘Notifyr’.

A 17-year-old Joost van Dijk has created the new Notifyr app – which has been launched recently.

The app essentially allows the users to route all their iOS notifications to their Macs and that too without missing out on the texts, calls and other app-related notifications which they receive while their handset is being charged.

The Notifyr app uses Bluetooth Low Energy for the process and interestingly, it hardly drains the battery.

In order to allows users to receive the notifications, the Notifyr app needs an iPhone 4S handset or a newer iPhone model as well as a compatible Mac system. 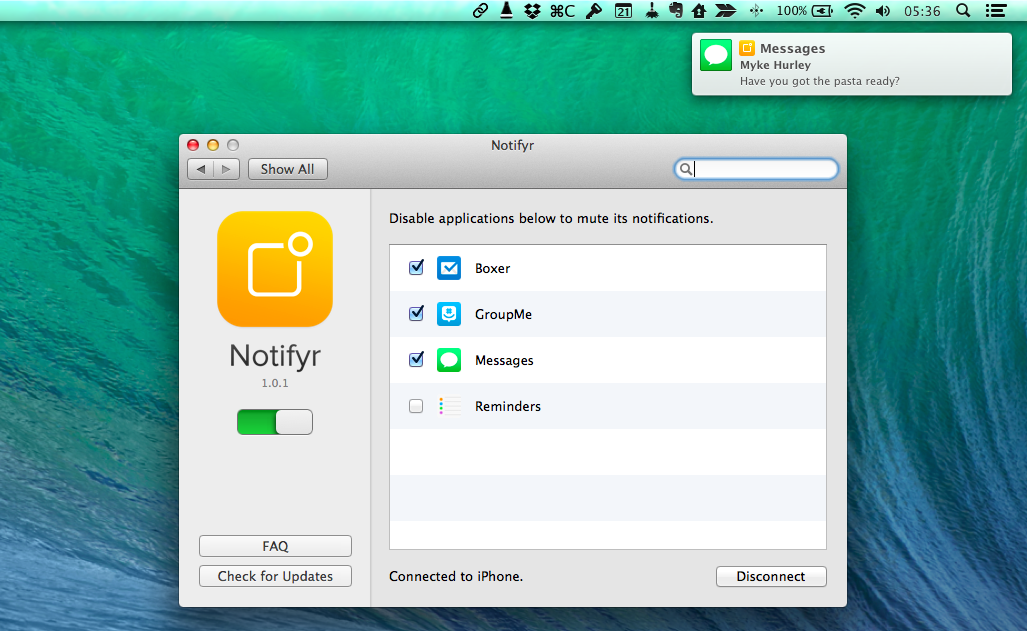 “Once paired, you’ll never need to open the app on your phone again. When the connection gets lost, Notifyr will automatically reconnect to your phone once it becomes available again,” a press release said.