A new research paper has been published by an international team of researchers that confirms the existence of a new super-heavy element, element 117, named ununseptium- chemical symbol Uus.

The heaviest ever known element has been created by scientists in Germany, making it a step closer to become an official member of the periodic table.

Seventy-two scientists and engineers from over 16 institutions around the world joined hands confirming the existence of element 117. 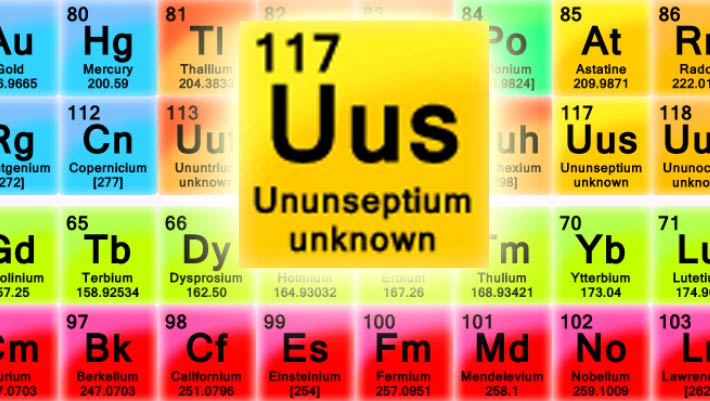 Super-heavy elements, which include all the elements beyond atomic number 104, on the periodic table, aren’t observed in nature. They can only be created synthetically by blasting two different types of nuclei at each other in a particle accelerator. Uranium, which has 92 protons, is the heaviest natural occurring element in nature, but
heavier elements can artificially be created by adding protons into an atomic nucleus through nuclear fusion reactions.

After being observed in multiple experiments, the element ascends for review: the International Unions of Pure and Applied Physics and Chemistry will decide whether the evidence is strong enough to give the element a permanent position in the periodic table.

The approval will give the element 117 a proper name—”ununseptium” is just a place holder, derived from the Latin for “one one seven.”