The death toll in Saudi Arabia from MERS virus has hit 115. A report on Monday confirms the death of a 45-year-old man and two women in their 50s from MERS after contracting it in the western Saudi Arabia city Jiddah.

The disease, originally identified in 2012 in the Middle East, has since spread to other parts of the world.

The three additional case brings the total Saudi Arabian cases to 414. Last week, the first case in the U.S. was reported by CDC.

Immediately after the report the U.S. Victim, a 60-year-old man was isolated and is now residing at Community Hospital in Munster, Ind., and according to the doctors he will likely be heading home soon. The patient lives in Saudi Arabia and works in a hospital. He was on a family trip in the U.S.. 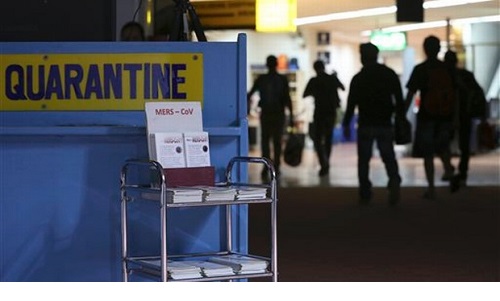 At a press conference officials also reported that all the patient’s healthcare worker contacts have tested negative for the virus so far, and no illness has been reported among airline passengers who traveled with him from Saudi Arabia to Chicago and have been contacted.

MERS belongs to a family of viruses known as coronaviruses that include both the common cold and SARS, or severe acute respiratory syndrome, which killed some 800 people in a global outbreak in 2003. MERS (Middle East Respiratory Syndrome) is a severe pneumonia-like respiratory disease. It is different from SARS because MERS is caused by another subtype of the virus.

MERS can cause cough, high fever and severe shortness of breath. The infection is thought to be spread by close contact with an infected person.

The main concern at the clock of the health officials is that how much the disease could spread in July during the visit of millions of people to Saudi Arabia for Ramadan.

Update – The head of King Fahd Hospital in Jeddah has been replaced. The Health Ministry has claimed this is a decisive step and this step is one among the other aggressive steps being taken.