As per a modeling study, screening of Lung Cancer of Medicare population will have a great effect on stage at detection and a hefty price of 9.3 billion has to be paid in 1st 5 years. A conservative phase in of screening for those whose age is 65 years and above would be more than two times than the proportion of  lung cancer that is caught at localized stage – thirty two percent in 5 years, up from fifteen percent currently. 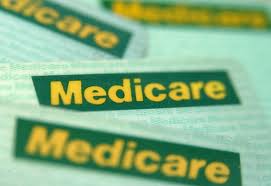 This would mean that there is a drop in the diagnosis of late-stage lung cancer from current fifteen percent to forty percent. It is said the stage would be shifted by screening so that at least eighty nine thousand of approx 50 million Medicare beneficiaries would get diagnosed at an early treatable stage. Whether, annual low-dose CT screen would be included in the tab by Medicare for high risk individuals would be known only when the final coverage determination would come out in November.

Healthcare systems should gear up and offer screening, owing to the increased demand and increasing number of early-stage lung cancer population. If this is offered, an average of 2,745 lives will be saved over a period of first five years. However, this study doesn’t include survival impact analysis, life-years gained or cost effectiveness. It is true that the cost of screening would be increased with lung cancer screening and that too in short term. However, the main issue is to save lives. The main goal of healthcare is enhancing the life and increasing its longevity. The main goal is not saving money.  At a Medicare determination committee meeting, it was suggested that an extra $1 per Medicare beneficiary per month is essential for screening of lung care.