Post three years of observations, ESA’s CryoSat satellite illustrated that the ice sheet of Antarctic is now losing 159 billion tonnes of ice each year- twice as much as when the continent was last surveyed. 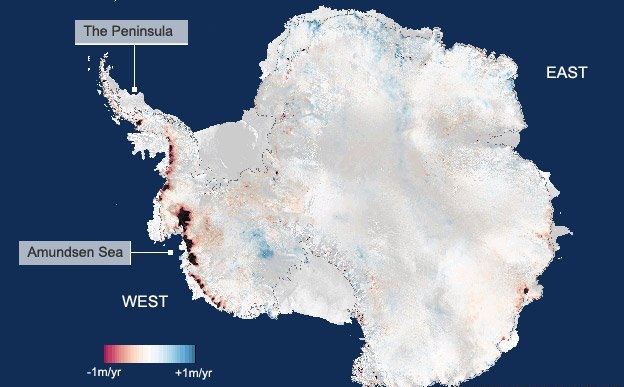 These anew measured losses from findings by a team of scientists from the UK’s Centre for Polar Observation and Modelling from Antarctica alone are ample to raise global sea levels by 0.45 mm each year. These latest losses are pattern of imbalance that continues to be subjugated by glaciers thinning in the Amundsen Sea sector of West Antarctica.

Europe’s Cryosat spacecraft launched in 2010 has a radar instrument specially designed to measure the shape of the ice sheet. 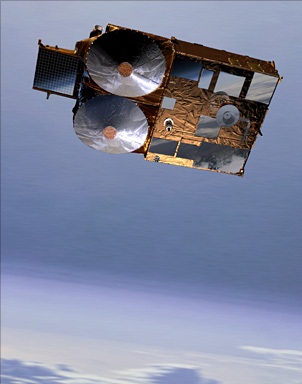 The report the data was published in the journal Geophysical Research Letters.

The new study slot in three years of data from 2010 to 2013, and fill in a amalgamation of observations made by other satellites over the period 2005 to 2010. It showed West Antarctica, East Antarctica and the Antarctic Peninsula lost 134 billion tonnes, 3 billion tonnes, and 23 billion

In the area Amundsen Sea Embayment, six huge glaciers are currently enduring a hasty retreat – all of them being windswept by the influx of warm ocean waters that according to the scientists are being drawn towards the continent by stronger winds whipped up by a varying climate.

“CryoSat has given us a new understanding of how Antarctica has changed over the last three years and allowed us to survey almost the entire continent,” explained lead author Dr Malcolm McMillan from the NERC Centre for Polar Observation and Modelling at Leeds University, UK.

“We find that ice losses continue to be most pronounced in West Antarctica, along the fast-flowing ice streams that drain into the Amundsen Sea. In East Antarctica, the ice sheet remained roughly in balance, with no net loss or gain over the three-year period,” he said.