The Centers for Disease Control and Prevention has confirmed seven cases of E. coli infection associated with raw clover sprouts.

According to CDC, the other three likely cases of E.coli are also reported in the United States.

All the reported cases are either from Idaho or Washington. According to the reports, half the patients have been hospitalized.

The initial investigations show that the possible source of this outbreak are raw clover sprouts produced by Evergreen Fresh Sprouts LLC of Idaho. 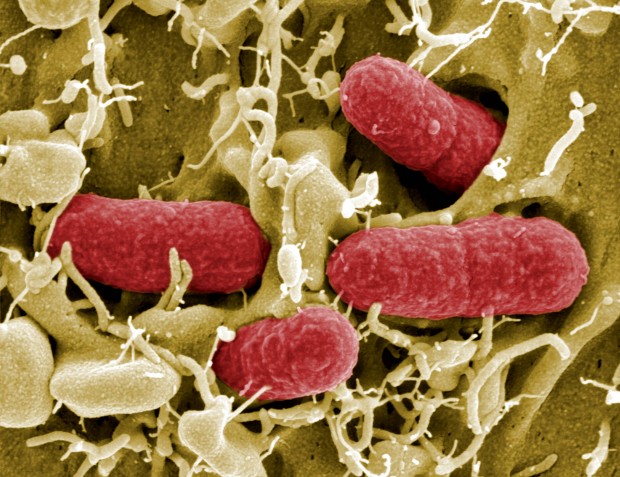 Amid the rising concerns of possible bacterial contamination, 14,860 pounds of hummus and dip products have been recalled by Lansal Inc.. Matching its footsteps, Sherman Produce is also recalling some bulk and packaged walnuts sold to retailers in Missouri and Illinois.

The companies have recalled their products as a precautionary measure, but they say no illnesses have been reported in connection with either recall.

The companies have also recommended their consumers who bought the recalled products to throw them out or return them for a full refund.

The health experts are concerned that the Listeria monocytogenes may cause serious and even fatal infections in people with weakened immune systems with elderly and kids among the risk group.

The USDA’s Food Safety and Inspection Service has earlier this week recalled 1.8 million pounds of ground beef products on threat of E.coli contamination.

Escherichia coli or E. coli is a large group of bacteria. Most are harmless, while some can cause serious illness. The strain responsible for the outbreak was the Shiga toxin-producing Escherichia coli O157:H7 or STEC O157:H7. STEC cause dehydration, bloody diarrhea, abdominal cramps and hemolytic uremic syndrome (HUS), a condition leading to a kidney failure. Most people who become ill recover within a week.

Symptoms of E. coli infection include severe diarrhea, abdominal pain and vomiting, according to the U.S. Food and Drug Administration.

The experts say there is recovery within seven days in most of the cases but some have severe complications.