A new study has made some glaring exposure about the corn yields in the United States.

According to the study, the American corn yields have become more prone to drought conditions over the past 18 years.

If the trend persists, the researchers fear, yields could decline substantially by midcentury. But as of now, the encouraging news is that the corn yields are not falling. Contrarily, they’ve witnessed a steady rise in the recent years.

Firms like Syngenta, Monsanto and DuPont have been investing huge amounts of sums in developing varieties that are drought tolerant. 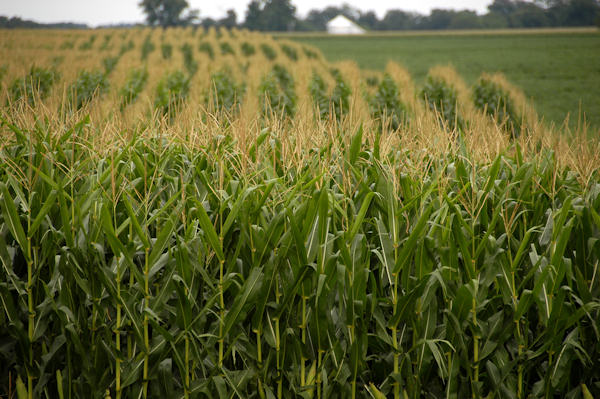 According to David Lobell of Stanford University in California and his team members, most of that yield gain was not due to drought tolerance but through genetic improvements that allow higher planting densities.

“There’s a lot of marketing out there telling people that we can adapt to drought. But the data shows that we’re actually getting more sensitive. Everything driving yield gains is also driving more plant stress. It’s a little foolish to think we can magically adapt away from these constraints,” says Lobell.

The disparity was found higher in the drier Corn Belt states of Nebraska, South Dakota and Kansas.

According to Lobell, the most likely cause of the increased sensitivity is the very rise in planting densities that has allowed yields to increase. More plants typically translate into higher yields, but also less soil, less sunlight, and less water per plant.

“This paper is a reality check on the biophysical limits on what we can produce, particularly when conditions are not good. We can’t underestimate the challenges. It is very difficult to make these systems more productive,” Lobell says.

The study was published in Science. The story is part of National Geographic’s special eight-month Future of Food series.