According to a new research the increasing level of carbon dioxide in the atmosphere, will destruct some of the staple crops that many of the world’s poorest people are dependent upon for nutrition, making them less nutritious.

A study led by the Harvard University School of Public Health published on Wednesday in the journal Nature, warns about the substantial reduction of levels of iron, zinc and protein concentrations in wheat, rice, soybean and pea crops when grown under the CO2 levels expected by 2050. 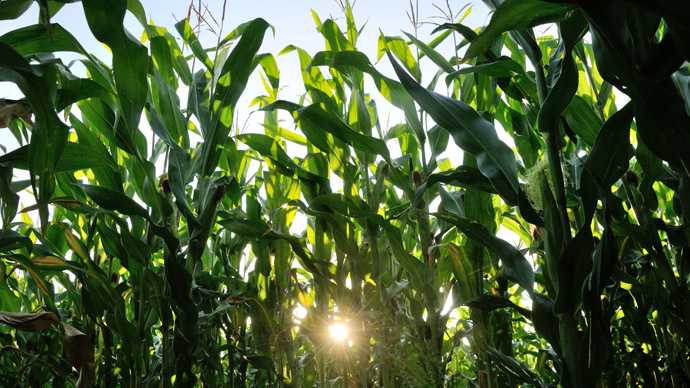 Experts fear climate change will grind down decades of advancing battling global malnutrition unless a resolution can be found.

“We found rising levels of CO2 are affecting human nutrition by reducing levels of very important nutrients in very important food crops,” said Samuel Myers, author of the study and an environmental health expert at Harvard University. “From a health viewpoint, iron and zinc are hugely important.”

The problem arises when plants turn nitrate into proteins. They do so to stay healthy, but CO2 impedes their capacity to accomplish the process.

‘It’s important that we start doing these experiments in tropical climates with tropical soils, because that’s just a terrible gap in our knowledge, given that’s where food security is already the biggest issue.’-Andrew Leakey, professor of plant biology at the University of Illinois

Glenn Fitzgerald co-authored the study and runs a carbon dioxide testing program at Horsham for Victoria’s Department of Environment and Primary Industries.

At seven separate fields in the U.S., Australia and Japan the researchers grew the crops, along with corn and sorghumin using a system known as Free Air Concentration Enrichment (FACE). FACE allows scientists to grow plants in open fields, rather than in a greenhouse or laboratory, and simulate very specific conditions.

In this case, the crops were cultivated using an atmosphere with approximately 550 parts of carbon dioxide per million, the level anticipated for Earth’s atmosphere by 2050.

“There are roughly 2 billion people around the world who suffer from these deficiencies, and ultimately zinc deficiency affects our immune functions,” he said.

“So, much of the burden of disease is calculated through early child mortality from infectious diseases like malaria and diarrhoea, pneumonia, measles. For iron deficiency, we see anaemia, but we also see sharp increases in maternal mortality, loss of IQ, reduced work productivity and, when you put all those things together, we calculate about 63 million life years to be lost annually, just in iron and zinc deficiency alone.”

“If we target, more specifically, trying to increase the protein concentration in the micronutrients through breeding, then perhaps we can counteract some of these negative impacts that are occurring due to CO2,” he said.

“Another way of doing that potentially is through nitrogen management. Can we add nitrogen fertilisers at the right time or in the right way, meaning slow-release fertilisers or foliate fertilisers et cetera, in order to counteract that negative impact of carbon dioxide?”

Other studies have shown that protein concentrations in wheat, rice, barley and potato tubers decline by about eight per cent on average under increased levels of CO2.

The expected rise in the CO2 in the next few decades will result in reduction in the protein content available to humans by about three per cent.

The one possible solution to the problem is nitrogen fertilisation to sustain nitrate levels in the plants.

April was the first month for millions of years in which CO2 in the Earth’s atmosphere was over 400 pounds per million every day. Prior to the industrial revolution, which introduced large-scale fossil-fuel use, the CO2 level was 280 parts per million.

“It is very hard to predict all the challenges to human health resulting from climate change,” Myers said. “My guess is there will be many more surprises as we remake the environmental conditions on the planet. As a civilisation we are now living with 400 ppm for the first time: it’s a new world.”