You are here: Home / Health / Brains of Comb Jellies can be used for curing neural disorders 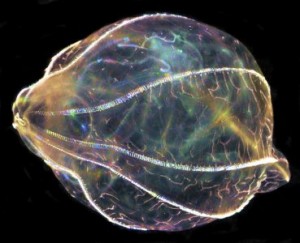 A Scientist from Florida who studies Comb Jellies, which are simple sea animals has discovered that there is a new type of brain development through which neurodegenerative diseases such as Alzheimer’s and Parkinson’s can be treated.

Leonid Moroz, a researcher at the University of Florida, says that there is more than a single way of making a brain. Moroz stated that comb jellies are different as compared to common jellyfish. He stated that the molecular makeup of comb jellies and the way in which they develop is very complex and different. It involves neural transmitters and genes.

Traditional scientific reasoning has proved that a simple nerve net evolves all the way till human complexity level. However, a different route has been taken by comb jellies and a neurochemical language is used which is not seen in other animals.

All other animals have same chemical language and the language of these species is completely different.  For instance, dopamine, which controls the brain activity is not used by comb jellies. The brains can be regenerated in less than 4 days. In an experiment, the brain was regenerated 4 times. Now, it is known that the neural systems can be constructed differently.  Moroz stated that these degenerative diseases can be treated for stalling progression but cannot be reversed.