Nearly thirteen thousand years back, a teenage girl might have got lose in a cave, hunting for water. She is known today as Naia and had fell to death in a dark and deep pit.

Now, her remains shine a light on genetic heritage of what is believed as 1st people in America. Bones of Naia have been discovered in a pit in some underwater cave system in Yucatan Peninsula in Mexico. Her skeleton is considered to be the oldest and seems to have come from a group of Paleoamericans.  As per Genetic analysis it is suggested that Naia has a relation to modern Native Americans. It is a clue of the relation of Native Americans to first settlers of land mass. 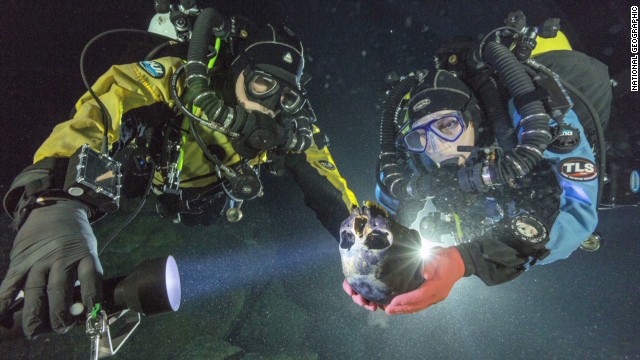 The view that Paleoamericans and Native Americans share a homeland has been promoted by this study. This homeland is known as Beringia and is called as the Bering Land Bridge. It connects Alaska and Siberia. The new research is against the idea that the first Americans might have come over in separate migrations from Asia and Europe.

Another genetic evidence from ancient skeletons and modern Native Americans indicates that people of Siberia landed in Eastern Beringia between 26,000 and 18,000 years ago. Mitochondrial DNA was used for analyzing the genetic lineage of Naia. This is a genetic material which is passes from mothers to children and is stored in mitochondria, a part of cell which is essential for production of energy.