President Barack Obama on Friday proposed the name of budget director Sylvia Mathews Burwell for the post of health secretary after Kathleen Sebelius decided to step down following a disastrous rollout of Obamacare, formally known as the Affordable Care Act, which Republicans plan to exploit as they seek to take control of the Senate. 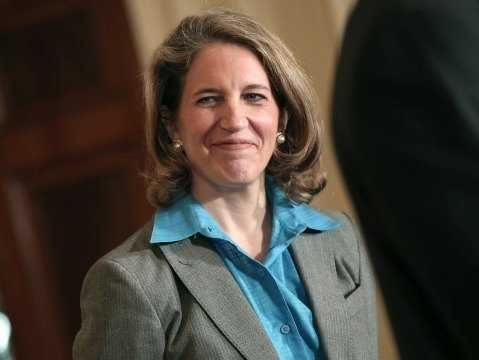 After playing an influential role as the Health and Human Services Secretary for five years, Sebelius resigned this evening over the troubled rollout of the Healthcare.gov website and the general failure of President’s signature healthcare law.

“Yes, we lost the first quarter of the open enrollment period with the problems with HealthCare.gov. And there were problems. But under Kathleen’s leadership, her team at HHS turned the corner, got it fixed, got the job done and the final score speaks for itself,” the President said at the White House. He made special mention of the 7.5 million people who have signed up for health insurance under the program.

Praising Sylvia for her management skills, Obama said, “Her help guiding the administration through a 16-day government shutdown last fall was incredible. Sylvia was a rock, a steady hand on the wheel who helped navigate the country through a very challenging time.”

Meanwhile, Sebelius gave some fodder to her critics by giggling out throughout Obama’s speech.