You are here: Home / Health / Study finds link between young dads and depression

A new study has found that men who become fathers at young age are likely to be at a increased risk of developing depression symptoms after their baby’s birth to their kindergarten.

According to the researchers, depression symptoms tend to rise among young men who become fathers (in their 20s) and live with their tiny tots. The symptoms remain atleast during the first five years of the child’s life.

For the study, a team of researchers used data from a long-running project that involved more than 20,000 US teens in the 1990s. In every few intervals, the participants were asked a 10-question screening tool on depression symptoms. Some of the indicators included: whether they felt unhappy, tired or disliked, for example. 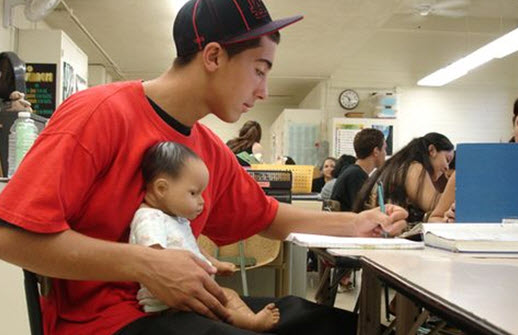 Of the more than 10,600 young men in the study, one-third had become fathers by the time they were aged 24 to 32. The researchers found that the dads’ depression scores showed a clear shift over time.

Meanwhile, the experts have clarified that the glaring exposure of the study doesn’t mean that young fathers are always clinically depressed. According to researchers, the study didn’t prove that early fatherhood causes depressive symptoms. But it has only showed an association between the two.

“But this does show us a time period where fathers are at increased risk,” said lead researcher Dr. Craig Garfield, an associate professor of pediatrics at Northwestern University Feinberg School of Medicine in Chicago.

The new research was published online April 14 in Pediatrics and in the May print issue of the journal.