A new data from NASA’s Cassini spacecraft has found traces of underground ocean on Saturn moon, suggesting signs of life.

According to the scientists, an ocean that must be at least as large as Lake Superior is flowing under a thick layer of ice on a moon of Saturn. The findings support earlier signs that the moon has liquid water. Scientists say, this connotes that, Enceladus, the sixth-largest moon of Saturn could have been or better say could now support life.

“This ocean appears to be a “lens-shaped reservoir” that’s deepest at the south pole and thinner further afield. The ocean appears to sit on top of a rocky core and “may extend halfway or more towards the equator in every direction,” said study co-author David Stevenson, professor of planetary science at California Institute of Technology, in a press conference. 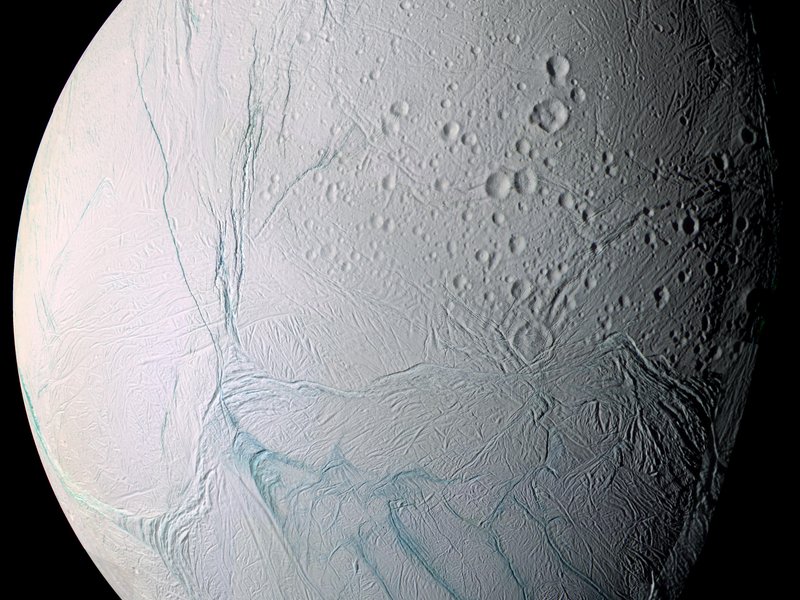 Enceladus is not alone to have a subsurface water ocean. Other moons like Titan (another moon of Saturn) and moons of Jupiter like Europa, Callisto and Ganymede are likely to be the member of this exclusive club of extraterrestrial worlds in the solar.

Saturn’s small moon Enceladus has a diameter of only about 310 miles. Its north pole has a thickness of ice around 30 miles, with solid rock beneath it. However, in the south pole there may be only 18 to 24 miles of ice covering a subsurface ocean that itself is 5 to 10 miles deep.

“As far as whether one should go first to Europa or Enceladus, I look at this as a kind of a cornucopia of habitable environments in the outer solar system,” study co-author Jonathan Lunine of Cornell University said.

According to lead author Luciano Iess of Sapienza Università di Roma in Rome, Cassini has found fractures called “tiger stripes” in the south polar region that emitted water vapor jets rich in salt. The discovery was made in 2005.