In an eye-catching discovery, scientists have witnessed a rare yet interesting incidence in which prey was found almost eating away its attacker. The rare sight was witnessed in Macedonia on May 14 last year.

Ljiljana Tomovic, a Serbian herpetologist, spotted a young viper dead with a centipede’s head protruding out of the snake’s body.

A short length Scolopendra killed its attacker snake after it ate the centipede. The centipede had 4.8 gram mass, which was greater than the female nose-horned viper (Vipera ammodytes), which was of 4.2 gram. 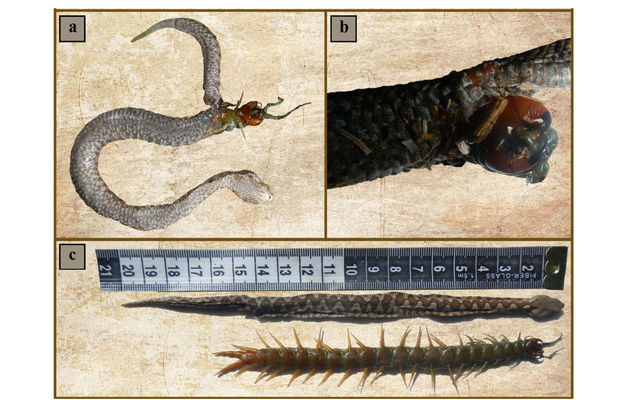 According to the scientists, there is huge possibility that the snake had swallowed the centipede alive but things turned ugly for the attacker.

The viper and centipede were found on the island of Golem Grad, which is also known as “Snake Island.”

“I have never known of a centipede biting its way out of a predator, however, it’s possible that this situation is not so uncommon, just we did not have opportunity to see it until now,” Tomovic said while remembering the rare finding.