In a big disappointment for the soccer fans, Major League Soccer (MLS) Commissioner Don Garber has been diagnosed with prostate cancer and is undergoing treatment for the same.

56-year-old Garber has undergone a series of comprehensive tests at Sloan Kettering Memorial Hospital in New York. According to the sources, he will also undergo surgery at Mt. Sinai Hospital.

In a statement released by the MLS, Garber told his fans, “Obviously no one wants to hear that they have cancer. However, I am being treated by exceptional doctors at two of the top hospitals in the world and am confident, as are they, that the prostate cancer will be successfully treated, with a full recovery.” 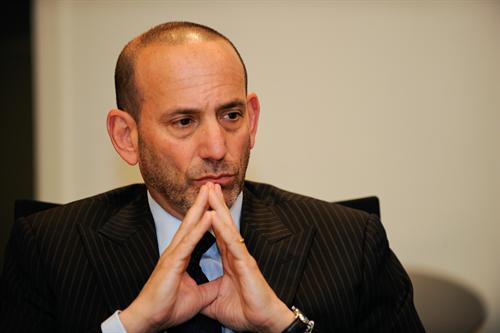 Garber’s doctors are confident of his complete recovery as he is responding well to the treatment.

Meanwhile, his fans are hoping for his early discovery and have extended their best wishes.

He has been holding his position at MLS for 15 years i.e. since 1999. He will continue to work as the MLS commissioners during the treatment.