You are here: Home / Tech & Science / Make your Earth Day memorable with GlobalSelfie

The world is observing 44th anniversary of Earth Day and US space agency NASA has something special to offer you on this occasion.

Posting selfie has become a trend now. It is a self-portrait photograph, typically taken with a hand-held digital camera or camera phone.

Earlier in the month, American astronaut Steven R. Swanson has also gone the selfie way to make his moment in space memorable. Now, the agency wants you to take a selfie on the ground and share it on Facebook, Instagram or Twitter with #GlobalSelfie. 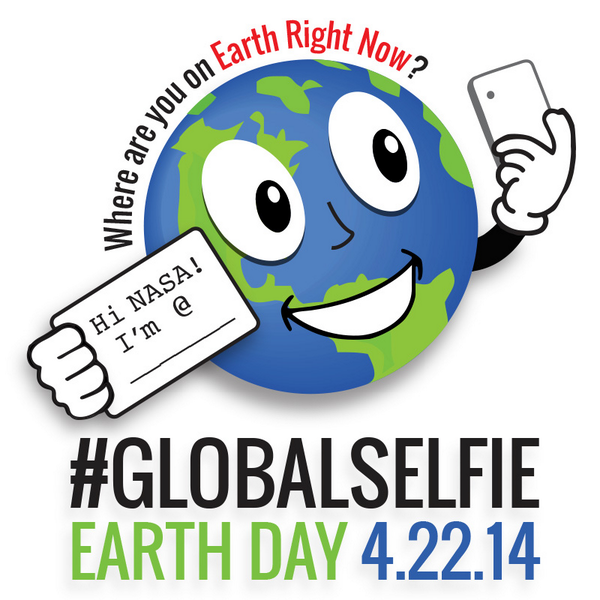 NASA astronauts brought home the first ever images of the whole planet from space. Now NASA satellites capture new images of Earth every second. For Earth Day we are trying to create an image of Earth from the ground up while also fostering a collection of portraits of the people of Earth. Once those pictures stream around the world on Earth Day, the individual pictures tagged #GlobalSelfie will be used to create a mosaic image of Earth — a new “Blue Marble” built bit by bit with your photos.

Need an idea of what kind of picture to take? Get outside and show us mountains, parks, the sky, rivers, lakes — wherever you are, there’s your picture. Tell us where you are in a sign, words written in the sand, spelled out with rocks — or by using the printable signs we’ve created that are available here.