You are here: Home / Tech & Science / Lunar eclipse, the Blood Moon on Monday could lead to early dismissal of LADEE mission

This Monday night and Tuesday morning is set to witness this year’s first lunar eclipse when the moon turns red after the Earth eclipses it completely. But this eclipse may spell early withdrawal of LADEE mission that is set to end on April 21.

The celestial event is going to be a rare lunar eclipse as the Earth is going to step between the Moon and the Sun and hence, blocking most of the light that makes it shine.

“If you have a good imagination, it’s kind of eerie,” said Richard Neuschaefer, an avid stargazer who serves on the board of the San Jose Astronomical Association. 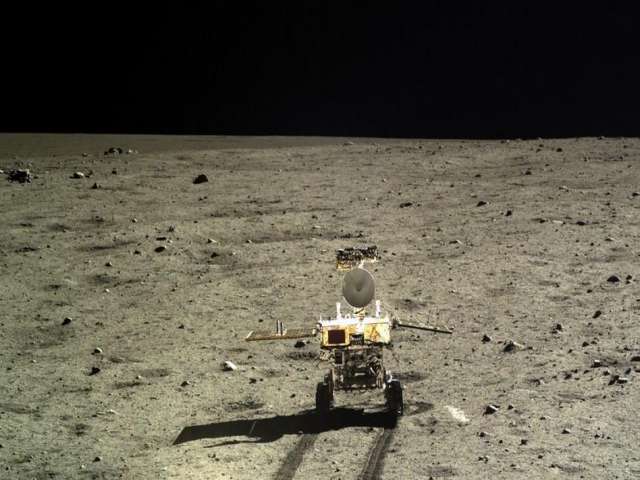 But the scientists say, this lunar event is going to adversely affect the US space agency NASA’s lunar probe i.e. Lunar Atmosphere and Dust Environment Explorer (LADEE). However, the disaster would be minimal as the lunar mission is in its last phase and about to complete after spending seven months.

The US space agency has sent LADEE, vending-machine-sized spacecraft orbiting the moon, to the lunar surface in September. The specific goal of the mission is to reveal information about an odd glow on the moon’s horizon before sunrise. The scientists believe that the glow is caused by electrically charged dust in the moon’s exosphere. Scientists are trying to solve this mystery since Apollo moon missions and before. LADEE’s instrumentation seeks to investigate if the dust causes the glow.

According to NASA, LADEE is likely to crash into the moon around April 21 when its fuel will be exhausted,

Scientists have predicted four eclipses this year, two lunar and two solar. According to the scientists, the total lunar eclipse will be visible across the Western Hemisphere. The celestial event will begin at 12:06 a.m. (Arizona time) and last for 78 minutes, i.e.it will end at 1:24 a.m.