You are here: Home / Health / Electric shock devices to be history soon as FDA mulls its permanent ban

The shock devices and treatments will be a history soon as the Food and Drugs Administration is mulling over permanently banning such electric-shock devices used as therapies to treat patients with developmental disabilities and mental problems.

In its 126-page report this week, the federal body has declared that it is reviewing electrical stimulation devices and may permanently ban their use in the future.

The final decision will come after a panel meeting to discuss the fate of these shock devices.

In a statement, FDA spokeswoman Jennifer Rodriguez said, “The FDA has grown concern that serious risks of using these devices may outweigh the benefits for patients with limited intellectual ability or developmental disabilities. 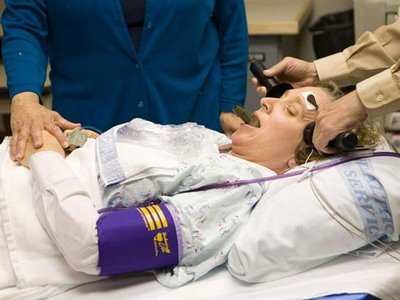 They may pose an unreasonable and substantial risk of illness or injury to patients.”

According to the federal agency, in its knowledge the Judge Rotenberg Educational Center in Canton, Mass., is only using the shock devices to treat the behavior of children and adults with “special needs.”

Former Rotenberg students have approached the FDA saying that they were burned by the devices, and felt anxiety, fear and depression.

Last year, a YouTube video showing a teenage patient screaming due to electrical shock at the controversial Judge Rotenberg Educational Center went viral on the internet.

The Judge Rotenberg Educational Center officials, however, defended the allegation saying they use shock treatment as the last resort for patients who failed to respond to other psychological and psychiatric treatments.

“Without the treatment program at JRC, these children and adults would be condemned to lives of pain by self-inflicted mutilation, psychotropic drugs, isolation, restraint and institutionalization – or even death,” the Rotenberg Center said in a statement.