A new study has found the scientific evidences in the role played by antiviral drug Tamiflu in saving lives of people affected during the 2009 H1N1 swine flu pandemic.

According to the study, the medicine reduced the risk of H1N1 deaths by 25 percent. The study also found that the cases in which the antiviral treatment were taken within 48 hours of developing flu symptoms, the risk of death was found to be halved compared with starting treatment later or receiving no treatment. The risk of death rose by about 20 percent for every 24 hours that treatment was delayed after 48 hours since the start of symptoms, the researchers also found.

The study was funded by the Swiss drugmaker Hoffmann-La Roche Ltd. The company hopes the significant findings of the study will improve the general conception about its drug among the health experts and government. 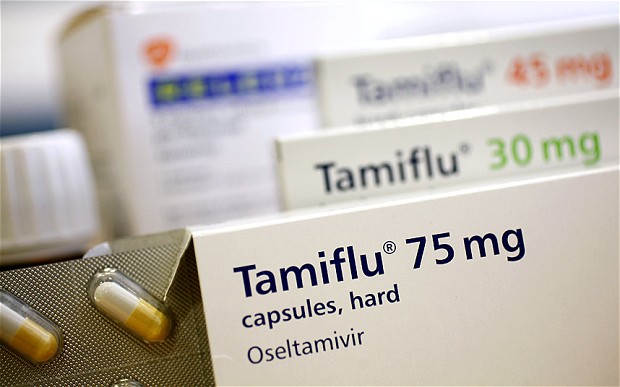 For the study, the researchers analyzed data from 78 studies that included more than 29,000 patients of all ages in 38 countries who were hospitalized with confirmed or suspected H1N1 infection between January 2, 2009, and March 14, 2011.

Alicia Fry of the U.S. Centers for Disease Control and Prevention, wrote in an accompanying journal editorial, “As expected, early treatment seems to be optimal, and treatment shouldn’t be delayed by even one day to wait for diagnostic test results. However, if the patient presents for care more than two days after illness onset, treatment might still have some benefit, especially if they are severely ill.”

It is noteworthy that Tamiflu (oseltamivir) was found to have reduced the risk of death in many groups of adults — including pregnant women and severely ill patients. However, its magic failed to significantly reduce death risk among children.

Study lead author Professor Jonathan Nguyen-Van-Tam, of the University of Nottingham, in England, said, “Many governments have stockpiles of Tamiflu approaching its expiration date. But until now they had no adequate data to assist them in deciding if lives were saved in 2009 and 2010 or not, and whether they should replenish or not.”

The lead author says, “The situation is made more complex by the fact that when an influenza pandemic occurs, even with the best will in the world, vaccine arrives six months too late and its public-health benefit is therefore moderate at best. Thus we are left with antivirals like Tamiflu and public-health measures like handwashing and social distancing as the only defenses we have for the first six months of a pandemic.”

The study was published on March 18 in the journal The Lancet Respiratory Medicine.