A new study has found a link between obesity and ovarian cancer. Obesity is the root cause of many lifestyle diseases that are leading to preventable deaths in US.  In the past four decades, obesity rates in the US have soared, and kids ages six to 11 have been hit the hardest.

The study says more the weight, higher is the rate for developing ovarian cancer in women.

The findings of the study are published in Food, Nutrition, Physical Activity and the Prevention of Ovarian Cancer. 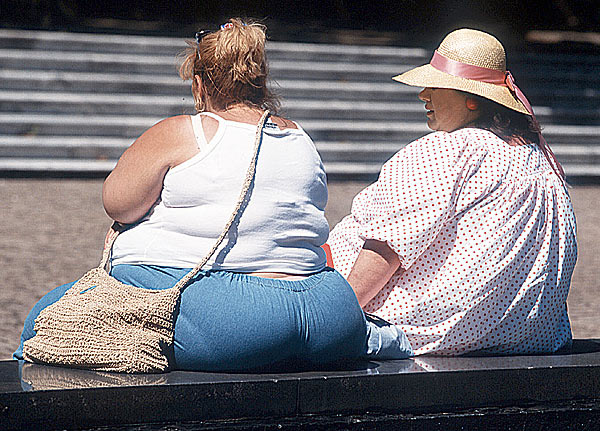 The researchers then compared the information on the woman with ovarian cancer with those who did not have it. They found a 6 percent greater risk of developing ovarian cancer for every 5-point increase in a woman’s BMI.

Statistics say, approximately 65 percent of women in the US are overweight. With approximately 22,400 cases diagnosed and 14,000 women succumbing annually, ovarian cancer has become the fifth leading cause of cancer death in the United States.  Ovarian cancer is one of the most dangerous forms of cancer as it has a high death rate. This is because it does not always present symptoms until it has spread too far.  Moreover, the survival rate is low with only 43 percent of patients surviving at least five years.

What the researchers recommend?

The experts recommend that the Americans should engage in minimum of 150 minutes of Moderate to Vigorous Physical Activity (MVPA) per week. This can be achieved in eight to 10 minute periods.

Researchers recommend people to prefer the stairs instead of an elevator, parking on the other side of a parking lot, and walking to the store for household tasks and odd jobs can help people lose weight.