The fried food materials are once again in debate with researchers saying that consumption of such food items more than four times a week may lead to weight gain in people with the highest genetic risk of developing obesity.

According to the study, people with genes that make them at a higher risk of obesity are twice likely to gain on weight from eating fried food than those with a lower genetic risk.

In simpler words, the researchers explain, genetic makeup can inflate the effects of bad diet.

For understanding the link between fried food consumption and genetic risk associated with obesity, a team of US researchers involved over 37,000 men and women who took in three large US health trials.

The participants were asked to fill food frequency questionnaires. The questions were designed in a way to assess fried food consumption of the participants- both at home and away from home – and a genetic risk score based on 32 known genetic variants associated with BMI and obesity. 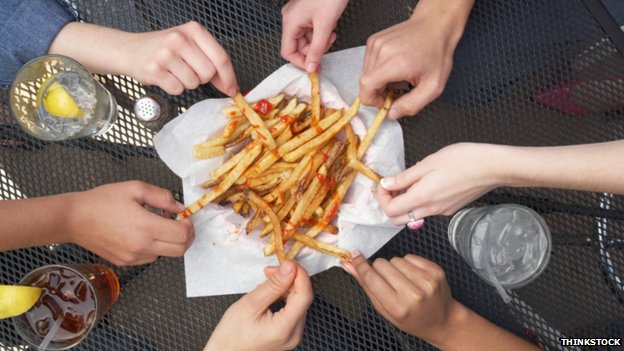 Three categories of fried food consumption were identified: less than once a week, one to three times a week, and four or more times a week. The genetic risk scores ranged from 0 to 64 and those with a higher score had a higher BMI. Height and body weight were assessed at the start of the trials, and weight was requested at each follow-up questionnaire. Lifestyle information, such as physical activity and smoking, was also collected.

“This work provides formal proof of interaction between a combined genetic risk score and environment in obesity,” wrote professor Alexandra Blakemore and Jessica Buxton at Imperial College London in an editorial.