More than 50 groups, organizations and leading companies have clubbed hands in support of making same sex marriages in Utah and Oklahoma legal by coming in support of the court briefs.

This development has given a Denver-based federal appeals court thousands of pages of arguments to consider the long debated issue of legalizing gay marriages.

A report said, a total of 27 friends of the court briefs have sought the court to consider the legalization of gay marriage in the two states. Along with them, a group of Western Republicans and national associations of sociologists and psychologists, a brief was sent in by a conglomerate of 46 companies including Google, Facebook, Starbucks, Pfizer, eBay, and Levi Strauss. 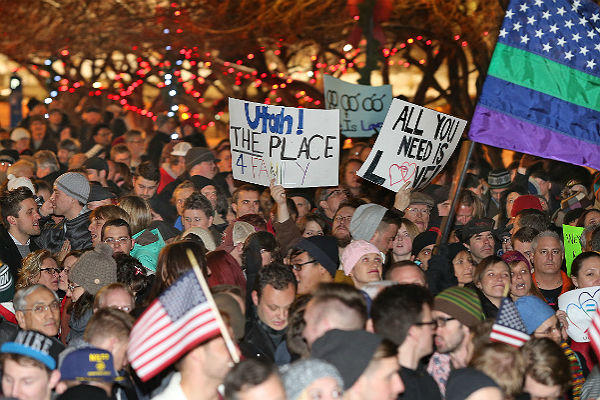 According to the firms, the ban on gay marriages is bad for business. They say, this has leveled unnecessary costs on the companies and has hampered their ability to recruit and retain top talent. Moreover, the leading business houses have also called the ban against their core values and principles.

“We recognize the value of diversity, and we want to do business in jurisdictions that similarly understand the need for a society that enables all married persons to live with pride in themselves and their unions,” the brief says.

Hearings for the Utah and Oklahoma cases are set for mid-April before the Denver-based 10th US circuit court of appeals.