In a setback in the field of high blood pressure cure, a new treatment that has promised to check BP problem has failed in a large rigorous study, doctors said on Saturday.

Renal denervation, a new treatment for blood pressure, works by threading a tube through blood vessels into the renal arteries and then zapping them with radio-frequency energy to kill nerve endings.

The researchers say, the process was deemed as a lifesaver for those high blood pressure patients that failed to lower their BP levels with multiple drugs. 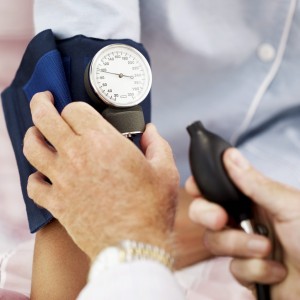 If go by the statistics, about 67 million people suffer from high blood pressure in the United States. Shockingly, it resists treatment in about 10 percent of them. Researchers say, uncontrolled hypertension increases the risk of heart attacks and other cardiovascular problems.

Study author Dr. Deepak L. Bhatt said, “I think many people were anticipating there would be some degree of reduction and will be surprised there wasn’t anything.”

Dr. Bhatt further said that the negative finding of the study must not hamper the research into denervation because performing the procedure in a different way might work.

For the study, the researchers included 535 patients with treatment-resistant hypertension. All the participants continued taking their blood-pressure drugs. They were divided into two groups. One of the group were given the denervation treatment and the other was given “sham” procedure closely resembling it. However, the patients were not told whether they had gotten the real treatment or the fake one.

After six months, both groups experienced drops in their blood pressure levels. The researchers found no significant difference between both the methods.

Dr. Franz Messerli, a cardiologist and hypertension expert at Mount Sinai Roosevelt Hospital in Manhattan, who wrote an editorial accompanying the new report, said, “You have to perhaps congratulate the Food and Drug Administration that they were not as eager to approve this procedure based on the little evidence there was, as opposed to the Europeans and the Australians.”

The new study, presented at a cardiology meeting in Washington, was published in The New England Journal of Medicine.